Warning: Use of undefined constant ‘DISALLOW_FILE_EDIT’ - assumed '‘DISALLOW_FILE_EDIT’' (this will throw an Error in a future version of PHP) in /misc/21/188/088/960/6/user/web/naijalifemagazine.com/blog/wp-config.php on line 28
 Omeruo hands Nigeria hard-fought win over Guinea - Naijalife Magazine
Skip to content

A sweet header by defender Kenneth Omeruo gave Nigeria’s Super Eagles a hard fought 1-0 win against the Syli Nationale of Guinea at the ongoing 2019 AFCON holding in Egypt.

After some initial pressing from the Guineans, the Super Eagles took the game to the Syli Nationale with Odion Ighalo missing a guilt-edged chance after being set-up by the wing back Ola Aina in the 15th minute. 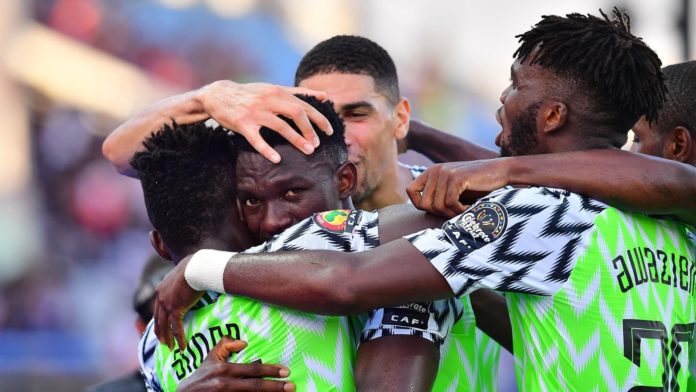 Ighalo wasted an even better chance when he failed to give a pass to rampaging Ahmed Musa who was free on the left after a swift counter-attack on 34 minutes.

The second-half was all Nigeria as Alex Iwobi, who initially had the first-half jitters, saw long-range efforts saved by Guinean keeper Ibrahim Kone.

But he was soon picking the ball from the back of the net as a 73rd minute corner from skillful winger Moses Simon was met by a looping header from Kenneth Omeruo to all but seal Nigeria’s place in the second round. 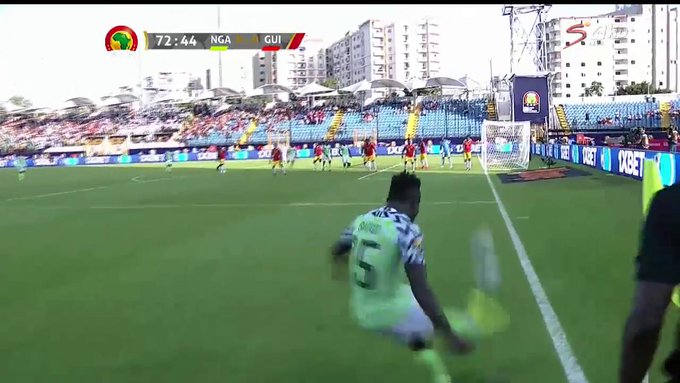 An effective rear-guard action by the Super Eagles ensured that Nigeria became the first team in the ongoing tournament to bag six points.