Warning: Use of undefined constant ‘DISALLOW_FILE_EDIT’ - assumed '‘DISALLOW_FILE_EDIT’' (this will throw an Error in a future version of PHP) in /misc/21/188/088/960/6/user/web/naijalifemagazine.com/blog/wp-config.php on line 28
 Simi To Make Her Acting Debut In Kunle Afolayan's Upcoming Film, 'Mokalik' - Naijalife Magazine
Skip to content

After launching the acting career of the talented Chidinma Ekile by casting her in his Romeo & Juliet-inspired love story, The Bridge, Kunle Afolayan seems ready to do the same for another beloved afropop star: Simi. 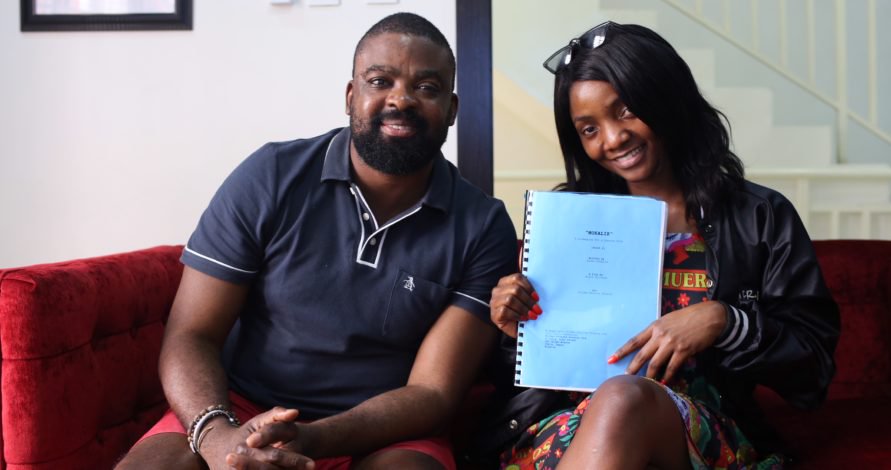 According to a post the “I Dun Care” singer shared on her Instagram page over the weekend, she is set to make her Nollywood debut in Mokalik — an upcoming movie from the AMVCA-winning director behind hits like Phone Swap and October 1.

Inspired by a scene from his late father, Ade Love’s iconic film, Taxi Driver, Mokalik will follow a day in the life of Jaiye, an 11-year-old boy who is sent by his middle-class parents to work at a mechanic workshop — in order to give him a different perspective on life.

Described by Afolayan as one of the Mokalik’s main stars, it seems Simi will be playing a character also named Simi — the daughter of one of the two buka owners in the film — whom Jaiye inadvertently develops a crush on.

While we typically get nervous when singers decide to give acting a shot, we have a very strong feeling that the gifted singer, whose charisma consistently shines through in her narrative-driven music videos, will be a real natural at it.