Warning: Use of undefined constant ‘DISALLOW_FILE_EDIT’ - assumed '‘DISALLOW_FILE_EDIT’' (this will throw an Error in a future version of PHP) in /misc/21/188/088/960/6/user/web/naijalifemagazine.com/blog/wp-config.php on line 28
 NIGERIA RECORDS 1.5% GDP GROWTH IN Q2 2018, BUT WHY SHOULD YOU CARE? - Naijalife Magazine
Skip to content

Nigeria’s National Bureau of Statistics (NBS) released the country’s Q2 2018 Gross Domestic Product (GDP) report, but as usual, it was a gross distortion of the truth about growth as it measures the quantitative. The problem is not NBS, which rightly calculated the GDP as expected and reports Nigeria’s Q2 real GDP growth at 1.50 per cent year on year; it’s the fact that we have continued to swear by this relic called GDP as a measure of economic performance.

Almost everyone agrees that GDP alone is an imperfect metric for growth and prosperity, but it still remains the universally accepted measure of performance of countries. The question we really want GDP to answer is whether Nigeria and Nigerians are better off economically than the last period when ‘growth’ figures were released and if so, by how much? But is GDP really answering this question?

Every quarter, GDP figures are released and government agencies react with policies that will maintain such recorded “growth” or increase it. Many await these figures and accept what it says about the economy, but what does it really say? 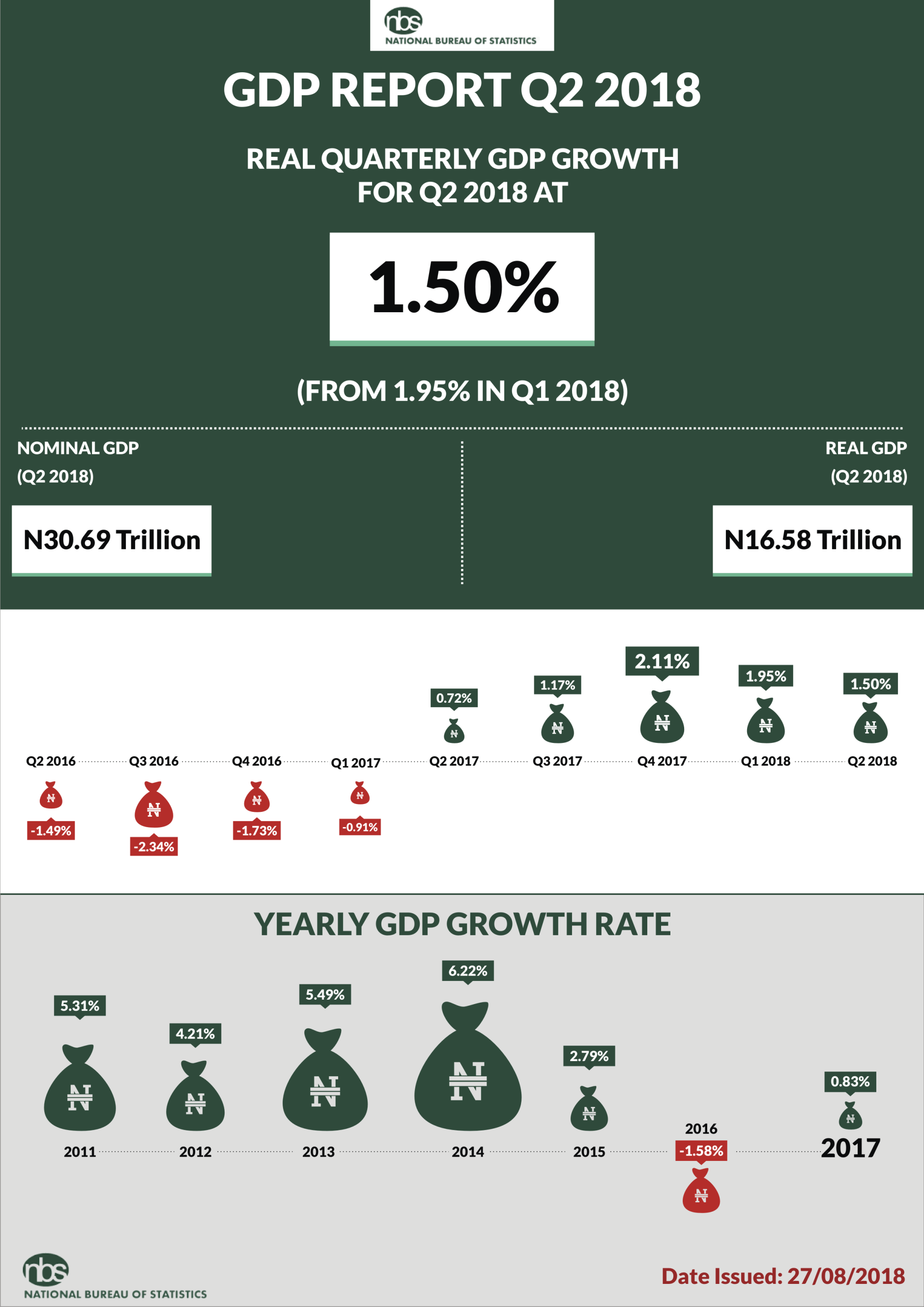 GDP measures the monetary value of all goods and services produced over a specific period. GDP is calculated by adding total consumption, government spending, investment and net exports. However, it fails to measure the quality of growth or depletion of resources, neither can it easily measure innovation or degradation of the environment due to the extraction of raw materials. 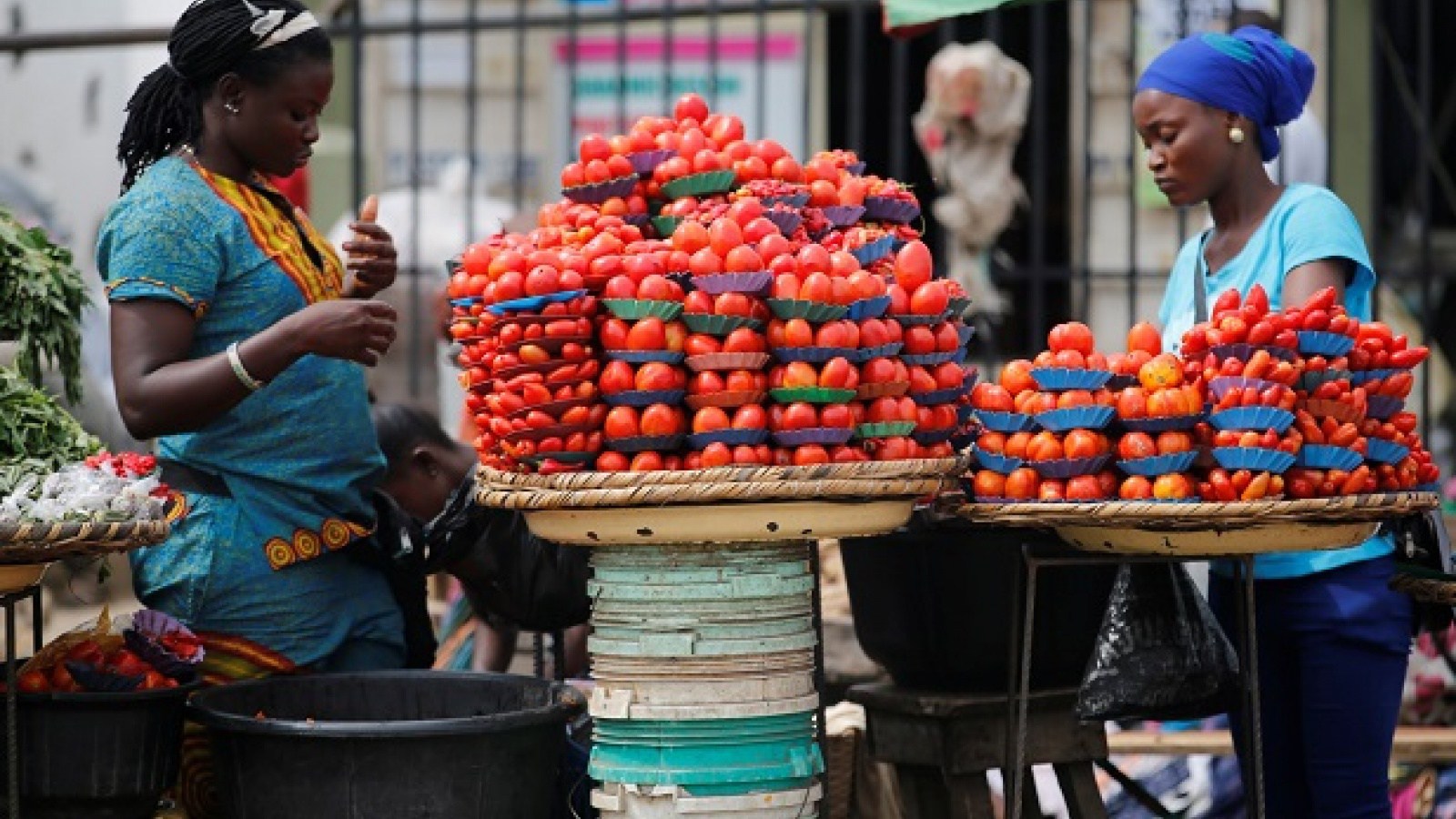 Financial Times’s Africa Editor David Pilling used a perfect example in an article published by the World Economic Forum in January. “Nigeria was busy selling high-priced oil to the world before the price crash, its GDP was soaring. But its wealth was falling,” Pilling wrote. “Oil deposits were used up, but cash was not reinvested in human, physical and technological capacities to ensure future income.”

He noted that if GDP measured wealth, it could have drawn attention to that.

In January, the global lender published a book titled The Changing Wealth of Nations, which explores the wealth of 141 countries from 1995 to 2014. The book argues that using GDP alone as an indicator of economic progress is like a company reporting income but not assets. Wealth— the assets such as infrastructure, forests, minerals, and human capital that produce GDP need to be measured as well.

“Wealth accounts allow countries to take stock of their assets to monitor the sustainability of development, an urgent concern today for all countries., both in the present and the future,” the book states, adding that “A country’s level of economic development is strongly related to the composition of its national wealth.” But GDP does not measure wealth, neither does it measure well-being.

Although it is strongly related with some important indicators of well-being — life expectancy, high levels of education and low child mortality — GDP has several weaknesses, according to Valentina Carta and Mariano Porcu, in a paper titled Measures of wealth and well-being. A comparison between GDP and ISEW. One weakness is that its components are quantities (money). It also does not take into account the unequal distribution of well-being, a decisive factor in the deﬁnition of a society’s welfare.
The Index of Sustainable Economic Welfare (ISEW) which was compared with GDP in the study was described as a corrective measure of well-being since GDP does not reflect the real wealth of a country. The ISEW accounts for both pollution costs and the distribution of income.
Other alternative measures to GDP have been proposed and they tried to cover everything GDP left out. China’s green GDP attempts to adjust for environmental factors. The Organisation for Economic Co-operation and Development’s (OECD) GDP alternatives tries to adjust for leisure. The Genuine Progress Indicator considers factors such as income distribution, the value of household and volunteer work, as well as costs of crime and pollution.
These measures are bringing to the fore, the kind of discussions we should be having, but none seem perfect enough to replace GDP. That said, GDP remains a poor measure of economic growth. For example, Nigeria’s Q2 2018 GDP report had no mention of technology despite how important it has become to every fabric of our existence. We can assume that apps and other tech-enabled services might not have been captured under broad segments in the statistic bureau’s calculation.

While we continue to debate whether to keep the GDP, tweak how it is calculated or replace it altogether, we need to start paying more attention to indices such as Human Development Index (HDI), Inclusive Development Index, Prosperity Index,  among other alternatives to GDP. After all, what is economic growth without improvement in the lives of people?

Aisha Buhari urges Nigerians to be closer to God