Warning: Use of undefined constant ‘DISALLOW_FILE_EDIT’ - assumed '‘DISALLOW_FILE_EDIT’' (this will throw an Error in a future version of PHP) in /misc/21/188/088/960/6/user/web/naijalifemagazine.com/blog/wp-config.php on line 28
 Community Lauds Airtel for Donating Medical Supplies, Drugs to Health Centre - Naijalife Magazine
Skip to content

The project was nominated by a student in the community, Gbenga Oshinaike, during the call to entry of Airtel Touching Lives season 4. 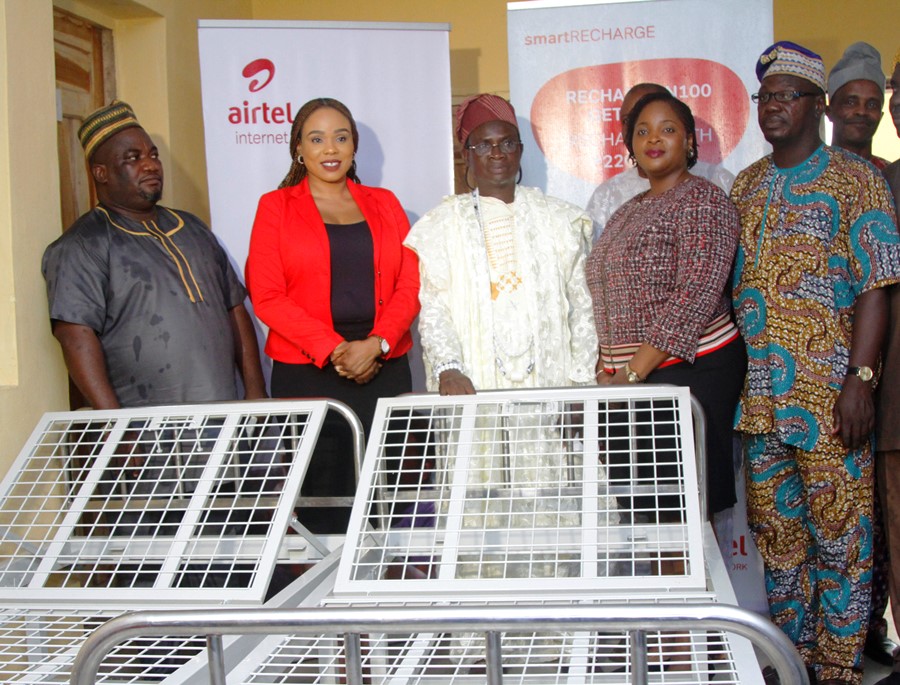 Speaking at a brief ceremony to hand over the medical supplies to the clinic, Hon. Adeola who was represented by his Supervisory Counsellor on Health, Hon. Adewunmi Abiodun, said donations by Airtel to the health centre will go a long way in improving quality health care delivery to inhabitants of the community.

“We are grateful to Airtel for providing us with these medical supplies. We pray that the company continue to flourish just as we hope that other corporate organizations will emulate this fine gesture”, he said.

Baale of Agbede Omolaiye, Alhaji Shakiru Balogun, in the same vein, thanked Airtel for its donations.

“I am really pleased with what Airtel has done for us in this community. We did not really expect these much from them. Through this health centre, Agbede Omolaiye won the best CDA in Lagos for 2017 and we are here today to witness another remarkable development on this project courtesy of Airtel Nigeria”, he said.

Airtel Touching Lives has been a reality television show broadcast on satellite and terrestrial networks across the continent. Each season, the programme follows the journey of who are nominated by email, SMS, or letters, and documents Airtel’s process of providing tailor-made assistance to each of them.

In the previous season, grantees included the Centre for Disability, a Non-Governmental Organisation (NGO) whose work was to help physically challenged individuals access life-improving aid.

Other recipients of the Airtel Touching Lives assistance were Mr. Essien Obong, a mathematician and software engineer who had become blind from injuries inflicted on him by armed robbers.

The current series of the programme, according to the Airtel, will feature another set of inspiring stories, everyday Nigerians who received much needed support from Airtel.