Warning: Use of undefined constant ‘DISALLOW_FILE_EDIT’ - assumed '‘DISALLOW_FILE_EDIT’' (this will throw an Error in a future version of PHP) in /misc/21/188/088/960/6/user/web/naijalifemagazine.com/blog/wp-config.php on line 28
 How John Boyega Added Nigerian Influences To 'Pacific Rim Uprising' - Naijalife Magazine
Skip to content

While the movie hasn’t received a lot of love from critics, Boyega has been unanimously praised for his charismatic performance as Jake Pentecost (son of Idris Elba’s character from the original film), an ex-Jaeger pilot who is given a chance to unite the world and prevent humanity’s extinction. 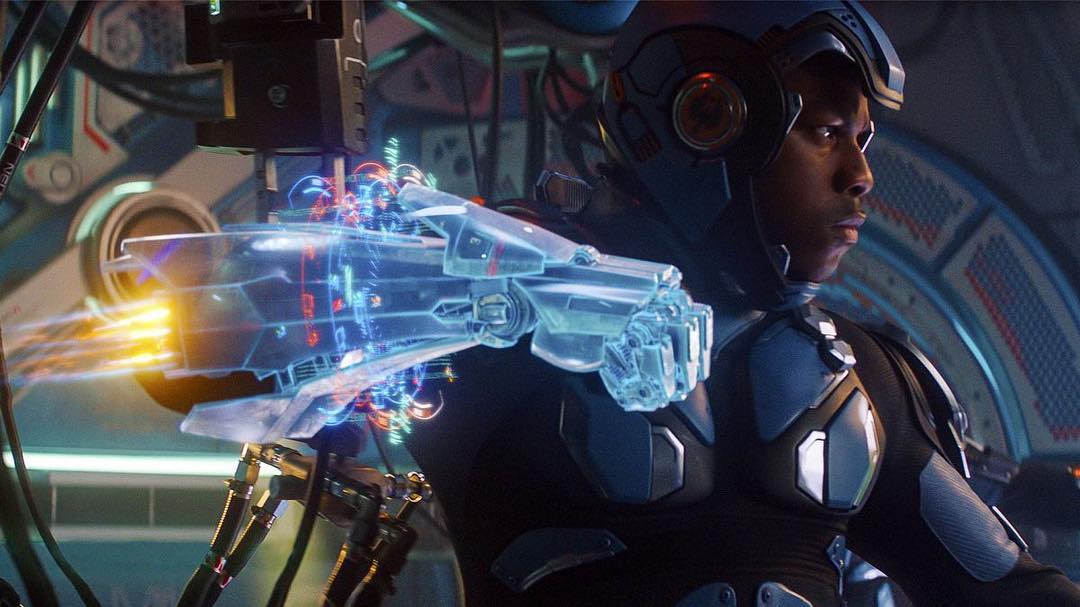 During Boyega’s trip to Lagos over Christmas last year, the British-Nigerian actor revealed that due to his position as star and producer of the sequel, he was able to imbue the project with a Nigerian touch. The most prominent one being the inclusion of Wizkid’s hit song, “Daddy Yo”.

Speaking about the character at a special screening for Star Wars: The Last Jedi, Boyega said:

“I actually produced Pacific Rim and what that meant is that there were ways which I could cater the character towards much more of a Nigerian background.

I made him Nigerian and we went through a whole process in which we put moments that reflected his culture in the movie.”

Well, Wizkid’s “Daddy Yo” coming on in the very first scene wasn’t the only way the film hinted at the character’s Nigerian heritage. Boyega also had an ankara jacket he wore on more than one occasion — which he defended even when he was teased for it.

Even his character’s nickname for Amara Namani, the feisty and headstrong orphan he picks up at the start of the movie, is incredibly Nigerian — he constantly refers to her as “Smallie”. Who here hasn’t had at least one obnoxious Nigerian adult call us that?

While there might be some more subtle Nigerian influences sprinkled throughout the movie, these ones were the most glaring after just a single watch. We honestly can’t wait to see what Boyega is able to do with the franchise and our new Nigerian hero down the line.

Video: The First Teaser For Kemi Adetiba’s Upcoming Film, ‘King Of Boys’ is out