Warning: Use of undefined constant ‘DISALLOW_FILE_EDIT’ - assumed '‘DISALLOW_FILE_EDIT’' (this will throw an Error in a future version of PHP) in /misc/21/188/088/960/6/user/web/naijalifemagazine.com/blog/wp-config.php on line 28
 Nigeria’s Victor Moses makes France Football magazine Africa Team of the Year - Naijalife Magazine
Skip to content

Moses enjoyed a successful campaign with English Premier League outfit Chelsea, helping the Blues win the title in Antonio Conte’s first season in charge of the club and making it to the final of the FA Cup where they lost 2-1 to London rivals Arsenal.

He is the only Nigerian in the list that also has the likes of legendary Egypt goalkeeper Essam El-Hadary, Senegal’s Saido Mane and Egypt’s Mohamed Salah.

The authoritative magazine stated on their website that Moses who made his 100th appearance for the West London club in their Boxing day clash against Brighton was recognised for his impressive showing for both club and country. 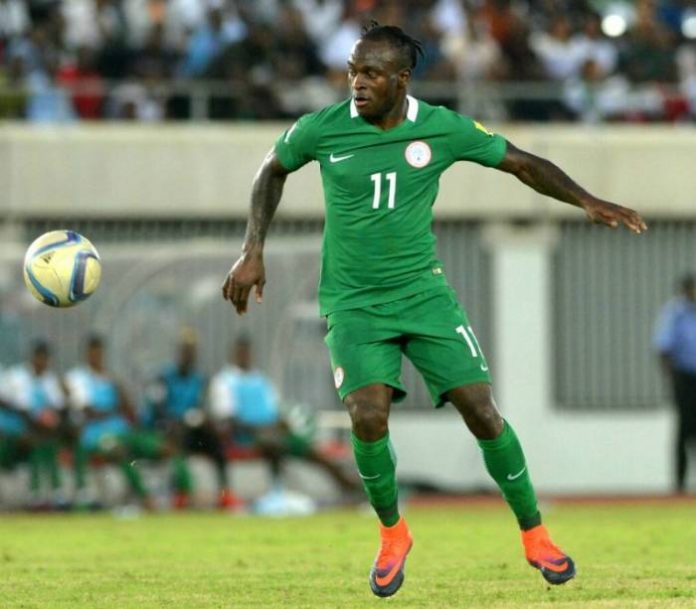 “Under the direction of Antonio Conte, this right-winger has managed an astonishing tactical conversion into a club, where he has fully blossomed into a defensive role as well as offensive. A champion with the Blues, he has also taken a leading role in the Super Eagles qualifying campaign for the 2018 World Cup in Russia where he will be one of the great African attractions.”

The selection will come as consolation to Moses after he missed out on BBC African Footballer of the Year Award, which was won by Salah and his omission from the final three-man shortlist for the 2017 CAF Award