Warning: Use of undefined constant ‘DISALLOW_FILE_EDIT’ - assumed '‘DISALLOW_FILE_EDIT’' (this will throw an Error in a future version of PHP) in /misc/21/188/088/960/6/user/web/naijalifemagazine.com/blog/wp-config.php on line 28
 Nigeria and the imperative of happiness - Naijalife Magazine
Skip to content

A latest World Happiness Report (WHR) that rates 155 countries on the strength of their happiness status, ranked Nigerians as the 6th happiest people in Africa and the 95th happiest in the world. Previously, in 2003, a World Values Survey had indicated that Nigerians are the world’s happiest people. 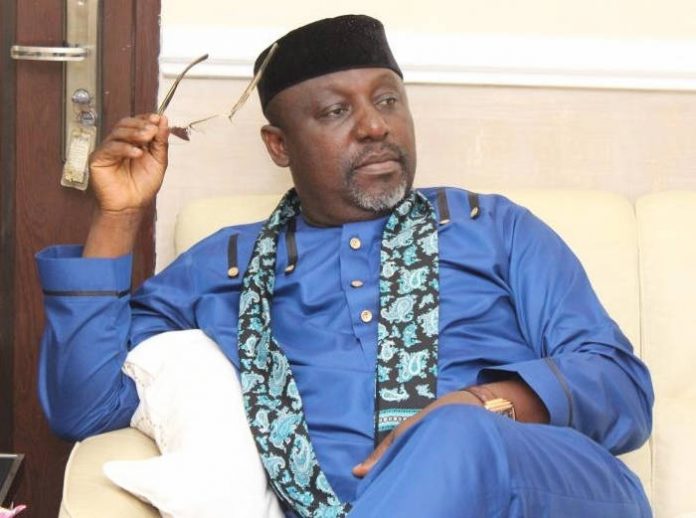 How the country rapidly slides from being the World Happiest People in 2003 to currently being 95th in the world should be a thing of immense concern to all well-meaning and patriotic compatriots. There is, therefore, an urgent need for us to reclaim the lofty status of being the happiest people in the world. It is an aberration for us to lose that enviable position to any other nation for that matter. It is our birthright and we must do all within our powers to possess our possession.

This is why much commendation must particularly be accorded the government and good people of Imo State for showing the rest of the country the way forward in this onerous task to salvage our mandate as the happiest people on planet earth.

The recent appointment of a Commissioner for Happiness and Couples’ Fulfillment in Imo State represents a significant watershed towards the all important mission of retrieving our crown as the happiest species on earth. The state governor and his crop of ingenious advisers surely deserve an Oscar for coming up with such a deft and innovative move. It is simply quite nifty.

Now that Imo has braced the odds by coming up with such a creative agenda to resuscitate the dwindling fortune of happiness in the land, other governments across the country, federal, states and local authorities, should hurriedly come on board by replicating same at their respective domains. The reason is that the happiness of Imo people alone would not be enough for our beloved nation to repossess the enviable ranking of being the happiest people. So, where do we go from here? How do we guarantee that sound of happiness once again reverberate across our land? Well, the way forward isn’t that difficult. As a matter of urgency, the federal government must go ahead to establish its own equivalent of Federal Ministry of Happiness. It must be done without further delay. It is that urgent. Same goes for all the states of the federation.

The Imo template is an enticing model that must be swiftly duplicated by others. After all, it is always said that one could copy something that is worthwhile. As for all the Local Councils in the country, they must without delay set up a full-fledged Happiness Department.

With recent rate of incidences of suicide, divorce, murder, rape, depression, kidnapping and other such discomfited cases across the country, it is quite obvious that a melancholic spirit currently pervades this once happy nation. It is, thus, quite imperative that something critical is done to redress the situation. We must not allow sorrow and gloom to take over our land. We are happy people who are known for our intoxicating aura of happiness, and happy we must remain.

Now, as soon as the federal government sets up its own equivalent of the Ministry of Happiness, it must ensure that a very humorous, witty and charming personality is appointed as the honourable minister to oversee the ministry. This would be a very strategic move. For one, it would help fast track the confirmation of the prospective minister by the National Assembly, as his/her happy demeanor would easily disarm the distinguished legislators. Therefore, it is suggested that any of Ali Baba, Falz the Bad Guy, Omo Baba, AY, Funke Akindele or such other distinguished comedians in the country should be considered as potential nominees for the coveted office of Federal Minister of Happiness, Federal Republic of Nigeria.

Having scaled through the National Assembly hurdle, as soon as the probable minister settles down to business, he needs to quickly set in motion the process that would lead to the recruitment of capable personnel who would help him rapidly turn the happiness situation in the country around. Getting the best of such personnel wont, of course, be difficult. The ministry could be staffed by the brightest comedians and Nollywood players in the country. Possible names in this wise include Baba Suwe, Ozofia, Aki and Pawpaw, Pa Latin, Funke Akindele, Princess, and a host of others. You can bet, with such incredible array of irresistible and talented comedians and humorous actors manning the proposed ministry, our nation wouldn’t be in want of amusement and happiness.

With the proposed ministry appropriately staffed, the next phase would be to resourcefully devise creative programmes and activities that would guarantee that the whole nation is filled with tremendously happy people. Since laughter is one of the most visible manifestations of happiness, it is recommended that the anticipated ministry organize a one of its kind comedy road show across the country to usher in a wave of heartfelt laughter that would ultimately engender greater happiness across our beloved nation.

Similarly, the Ministry could empower famous Nollywood comedy inclined acts to come up with hilarious movies that could further boost the country’s happiness credential.

Since poverty and economic hardship are potent joy killers, it would be cheering news to the teeming masses across the country if, for instance, the federal government would come up with a scheme that could ensure that indigent Nigerians who want to get married but couldn’t do so for economic adversity would be assisted to do so. This could be done with a legislation barring indigent folks from paying bride price and engaging in other such costly process that make getting married so frightening. In the alternative, government through the proposed Ministry of Happiness could opt to offset costs of wedding anniversary for all impoverished compatriots.

Also, since hunger multiplies sorrow and reduces happiness, government could set up camps across the country where fellow citizens could be from time to time. It is often said that the best way to a man’s heart is through his stomach.

Without a doubt, once the citizenry are well fed, the nation’s happiness would be fully guaranteed as most people who embrace crime on the excuse of hunger would no longer find crime attractive.

On a final note, the issue of our peoples’ happiness is a very important business that must be treated as such by the appropriate authorities. Making the people happy is, perhaps, the most important task of any government. Nigeria must reclaim her status as a nation of happy people. Imo has graciously kick-started the process. Others must follow suit.