Warning: Use of undefined constant ‘DISALLOW_FILE_EDIT’ - assumed '‘DISALLOW_FILE_EDIT’' (this will throw an Error in a future version of PHP) in /misc/21/188/088/960/6/user/web/naijalifemagazine.com/blog/wp-config.php on line 28
 Mikel Agu returns to action in Bursaspor draw - Naijalife Magazine
Skip to content

Agu’s international teammate William Troost-Ekong was also on from start to finish in the encounter played at the Bursa Buyuksehir Stadium. 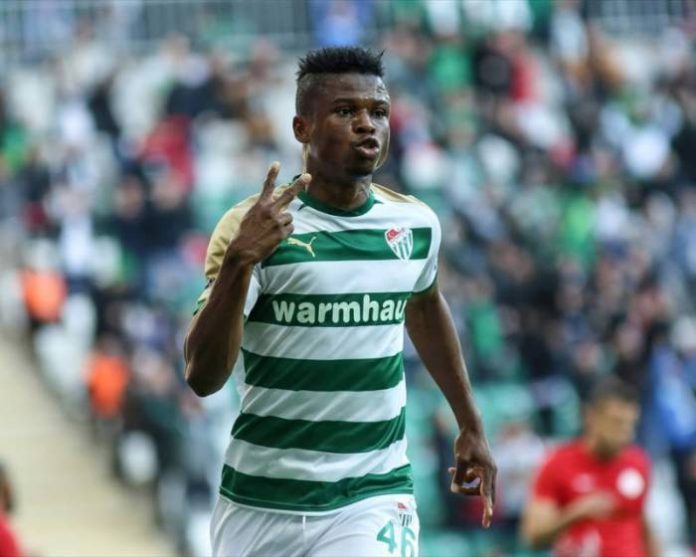 The 24-year-old Agu last featured for Bursaspor in a league game against Kasimpasa on 4 November.

He has made 12 appearances for the Green Crocodiles in the Turkish Super Lig this season, scoring two goals.

Bursaspor rallied back from a goal down to pick a point in the encounter.