Warning: Use of undefined constant ‘DISALLOW_FILE_EDIT’ - assumed '‘DISALLOW_FILE_EDIT’' (this will throw an Error in a future version of PHP) in /misc/21/188/088/960/6/user/web/naijalifemagazine.com/blog/wp-config.php on line 28
 Professor Johnbull series condemns high bride price - Naijalife Magazine
Skip to content

Globacom-sponsored television sitcom, Professor Johnbull, will this week center on the issue of high bride price in an episode Not for Sale.

The episode answers the question in a series of dramatic twists and turns which bring out the dexterous stage interpretations in Nollywood seniors, Chika Okpala (Zebrudaya) and Amaechi Muonagor. The duo make impressive appearances in the episode as Igbo elders who want to ensure that their wards are married in line with the tradition of their people.

Okpala accompanies his nephew, Paul (Stanley Igboanugo) to the home of his in-law-to-be to formally ask for the hand of his beautiful daughter in marriage. The bride-to-be’s dad (Muonagor) welcomes the visitors in an unusual way by stopping them at his doorstep to ask for payments ranging from ‘money to clear his throat’ and ‘money to close the door’ after them before they are eventually allowed to take their seats. 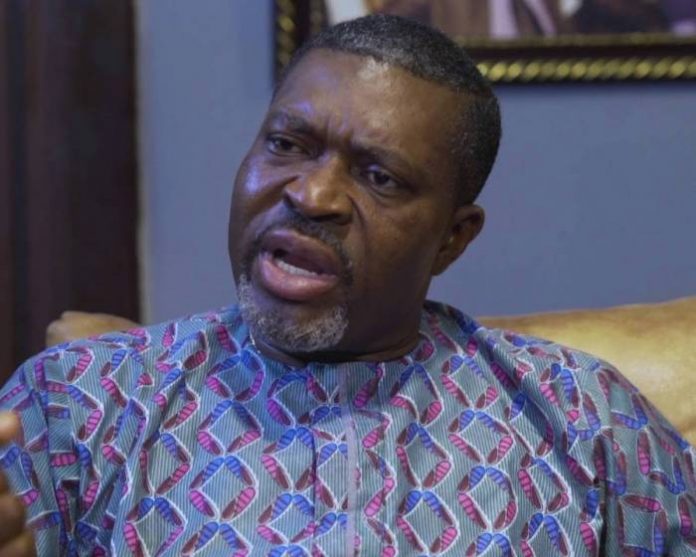 He subsequently brandishes a voluminous book which, according to him, contains the list of requirements, payments and obligations to be satisfied before the marriage formalities can begin. The flabbergasted visitors take their leave unceremoniously while the perturbed girl runs to the erudite professor’s house to report her father’s misconduct which, she reasons, could rob her of her fourth prospective husband. She threatens to elope with her heartthrob ‘’for free’’ unless the father had a rethink and moderates the list. Did she elope afterwards? Make it a date with the programme on Tuesday to find out.

As the drama unfolds, Jumoke (Bidemi Kosoko) and Ufuoma (Bimbo Akintola) break into a fight in Olaniyi (Yomi Fash-Lanso’s) nkwobi joint. What is the reason for the fight? How were they settled? These are still some riddles that the episode provides answers to.

By the time all the affected parties find themselves in the expansive living room of the Professor, it becomes evident that Not For Sale has assumed a position marker advocating a change in those whose stock in trade is to profiteer from a solemn and unifying process as marriage.

But did Professor Johnbull’s sermon change the heart of Muonagor who demands staggering payments from his prospective in-law? Find out in this episode, Not for Sale, which shows on NTA Network, NTA International on DSTV Channel 251 and NTA on StarTimes at 8.30 p.m.on Tuesday with repeat broadcast at the same time on Friday on the same channels.

Is Bouqui ‘back from the ashes’ to revive female rap?

FG: No more shooting of movies, music videos outside Nigeria