Warning: Use of undefined constant ‘DISALLOW_FILE_EDIT’ - assumed '‘DISALLOW_FILE_EDIT’' (this will throw an Error in a future version of PHP) in /misc/21/188/088/960/6/user/web/naijalifemagazine.com/blog/wp-config.php on line 28
 NFF in search of ’emergency coach’ for Super Falcons - Naijalife Magazine
Skip to content

The Technical Committee of the Nigeria Football Federation (NFF) will recommend a stand-in coach for the Super Falcons in the wake of foreign coach Randy Waldrum’s rejection of his appointment.

The committee’s Secretary, Bitrus Bewarang, told the News Agency of Nigeria (NAN) in Abuja on Friday that this was to enable the team to begin preparations for upcoming engagements.

NAN reports that Waldrum’s rejection of the Falcons job had meant the senior national women football team’s preparations for the West African Football Union (WAFU) Women’s Cup could be in jeopardy.

But Bewarang, while acknowledging that the Federation was disappointed with the development as it was in the final process of finalising the contract details, said the NFF was already looking elsewhere.

“We were in talks with him about taking the job. All that was left was just to sit with him and discuss his entitlements. 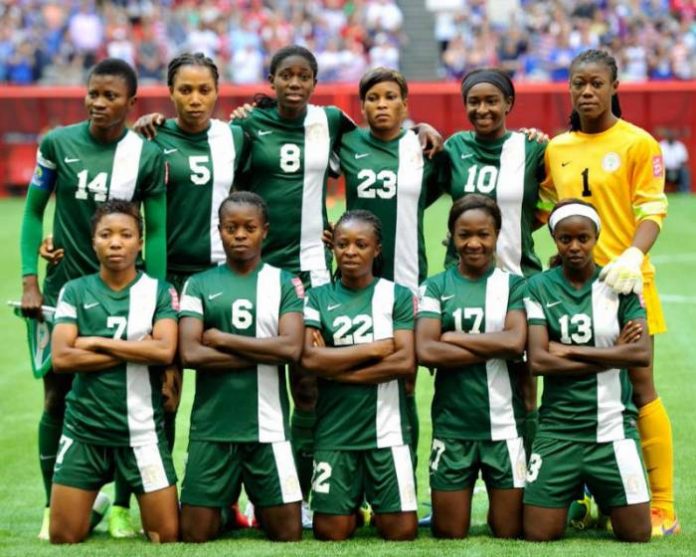 “The Protocol Department was even working on getting a visa for him and his flight tickets to the country when the development (of his taking up another job) reached us.

“We were taken aback, because getting such hand for the Falcons would have been a plus to our team.

“But now, the Technical Committee will have to recommend someone immediately to the NFF Executive Committee to take charge of the team for the WAFU tournament,’’ he said.

Waldrum was unveiled on Wednesday as the Women’s Soccer Team Head Coach of University of Pittsburgh.

Meanwhile, the NFF had in October said it had approved the recommendation of its technical committee to appoint Waldrum the Falcons’ new Head Coach.

The draw for the WAFU Women’s Cup will be held in Abidjan, Cote d’Ivoire on Jan. 9.

Eight national teams will be participating in the draw for the maiden regional showpiece to be staged in Abidjan from Feb. 10 to Feb. 24.