Warning: Use of undefined constant ‘DISALLOW_FILE_EDIT’ - assumed '‘DISALLOW_FILE_EDIT’' (this will throw an Error in a future version of PHP) in /misc/21/188/088/960/6/user/web/naijalifemagazine.com/blog/wp-config.php on line 28
 U-17 WWCQ: Flamingoes ready to beat Ethiopia in Benin – Bala Nikyu - Naijalife Magazine
Skip to content

Head Coach of Nigeria’s U-17 women’s team, Bala Nikyu, says the Flamingoes are well prepared to edge Ethiopia over two legs with home win at the Samuel Ogbemudia Stadium, Benin City on Saturday to guarantee Nigeria’s place in the final round of African qualifiers for the 2018 FIFA U-17 Women’s World Cup in Uruguay.

Nikyu’s side were held to a 1-1 draw in the first leg at the Addis Ababa Stadium a fortnight ago. 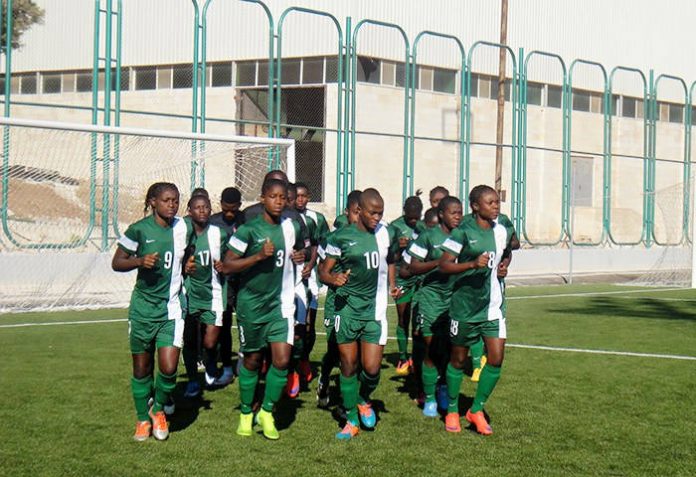 An outright win or a goalless draw will see the Nigeria’s U-17 women’s team advance to the next round of the competition where they will face the winner of the Cameroon/Algeria fixture in the second and final round of the qualifying series. Cameroon defeated Algeria 4-0 away in Algiers a forthnight ago.

“We are much prepared even than we were for the first leg in Addis Ababa. Collectively, we have worked on the noted areas of weaknesses and we are good to go for Saturday in Benin,” Nikyu told thenff.com.

Meanwhile the Ethiopian delegation have arrived in Benin City, Edo State capital for Saturday’s game billed to kick off at 4pm.