Warning: Use of undefined constant ‘DISALLOW_FILE_EDIT’ - assumed '‘DISALLOW_FILE_EDIT’' (this will throw an Error in a future version of PHP) in /misc/21/188/088/960/6/user/web/naijalifemagazine.com/blog/wp-config.php on line 28
 Jollof rice is king but these 8 meals can also be enjoyed at Nigerian parties - Naijalife Magazine
Skip to content

Food and Recipe
December 9, 2017December 4, 2017 Amaka Chimezie 0 Comments Jollof rice is king but these 8 meals can also be enjoyed at Nigerian parties

Jollof rice is the soul of every Nigerian party and the lack of it may make any shindig or event appear incomplete.

The delicacy is so important that it was once the subject of an intense social media spat between Nigeria and Ghana, a neighbouring West African country.

While there’s no dispute about the place of Jollof rice in the hearts of Nigerians, here are 10 other dishes that can be enjoyed at a Nigerian party. 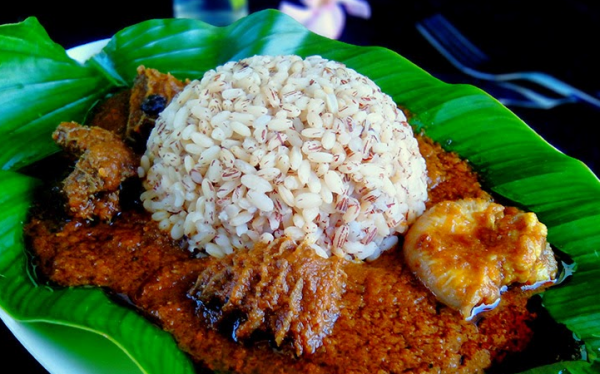 Ofada rice is a locally produced rice. It is unpolished and has short, robust and brown grains. Traditionally, it is most often served in leaves after cooking.

The best part of Ofada rice is the accompanying special stew that comes garnished with meat and fermented locust beans.

This meal is popular in south western Nigeria and is loved by almost everyone from the region. 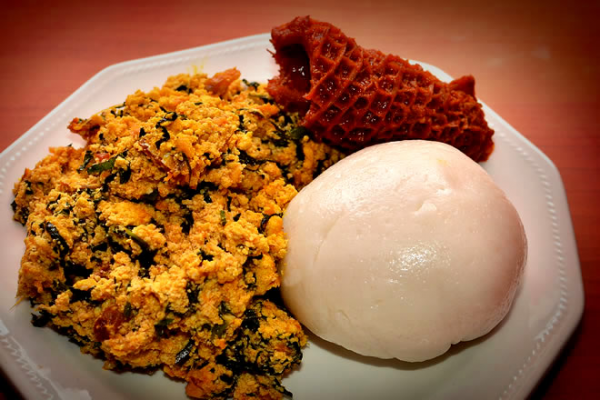 Pounded yam is another popular Nigerian meal that is relished in the south western and south eastern parts of Nigeria.

The meal is made from boiled yams and served with various soups with the most popular being egusi soup. 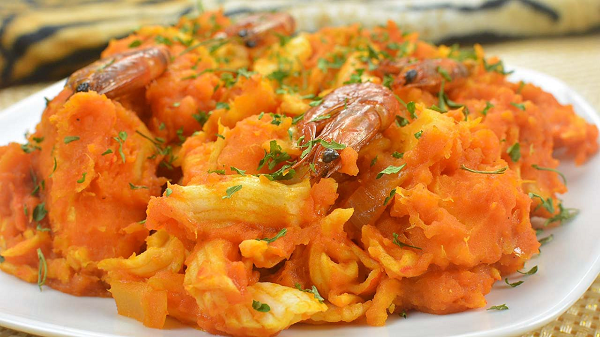 Yam porridge recently made a comeback to the Nigerian party scene and it is widely accepted in the south west.

It is made from diced yam and is often spiced and garnished with diced meats, fish and the likes. 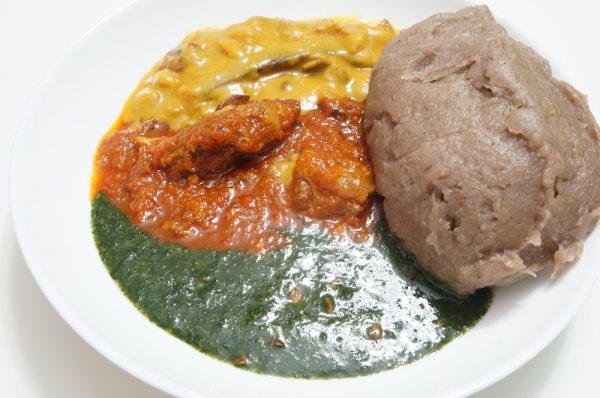 Amala is made from yam flour and is indigenous to some states in the south west.

Similar to other Nigerian morsels, amala can be enjoyed with a variety of soups, however, its trademark soup is gbegiri and ewedu. 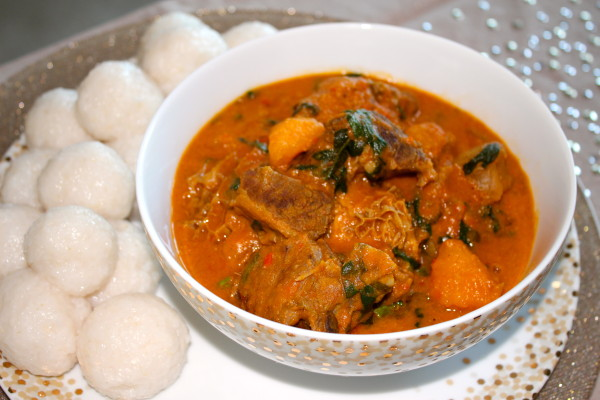 Tuwon Shinkafa is a rice meal popular in the northern part of Nigeria.

It is a thick pudding made from scratch with rice or rice flour. It is served with different types of soup like Miyan Taushe and Miyan Kuka. 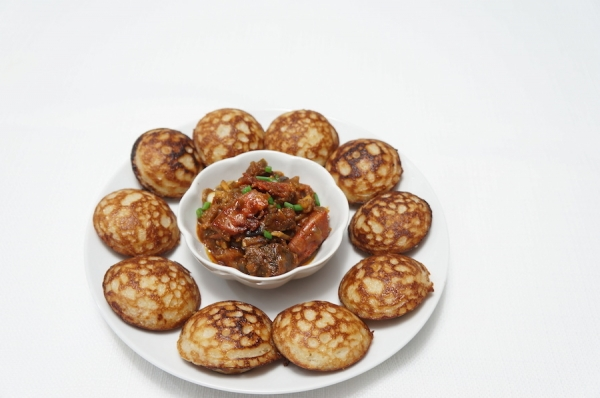 Masa is another rice meal from northern Nigeria. It is a pan fried rice cake that can be eaten with honey or sauce.

You may call it the Hausa substitute for pancakes.

Fufu is a staple that is popular across countries in Africa. It is made from cassava and can be enjoyed with various soups.

A popular soup for fufu in south eastern Nigeria is oha soup. Oha soup is made from cocoyam and oha leaves.

Like every soup from south eastern Nigeria, oha soup is not ready until it is nicely garnished. 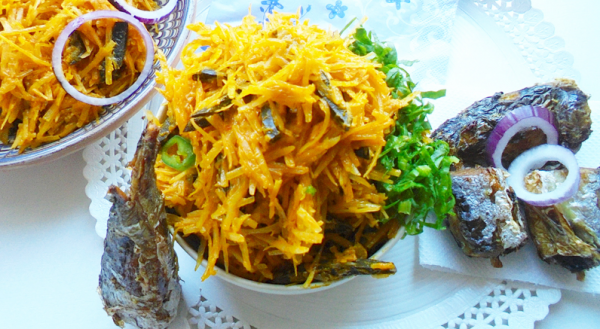 Abacha is also called Nigerian salad. It is made from shaved dried cassava (dried cassava flakes) and ugba (oil bean).

This meal can be eaten as a starter or as the main dish. It is a popular meal among the Igbo tribe.

HOW YOU CAN LOOSE WEIGHT WITH AMALA + ITS HEALTH BENEFITS+