Warning: Use of undefined constant ‘DISALLOW_FILE_EDIT’ - assumed '‘DISALLOW_FILE_EDIT’' (this will throw an Error in a future version of PHP) in /misc/21/188/088/960/6/user/web/naijalifemagazine.com/blog/wp-config.php on line 28
 World Cup: Super Eagles strong enough to face any team – Ike Shorunmu - Naijalife Magazine
Skip to content 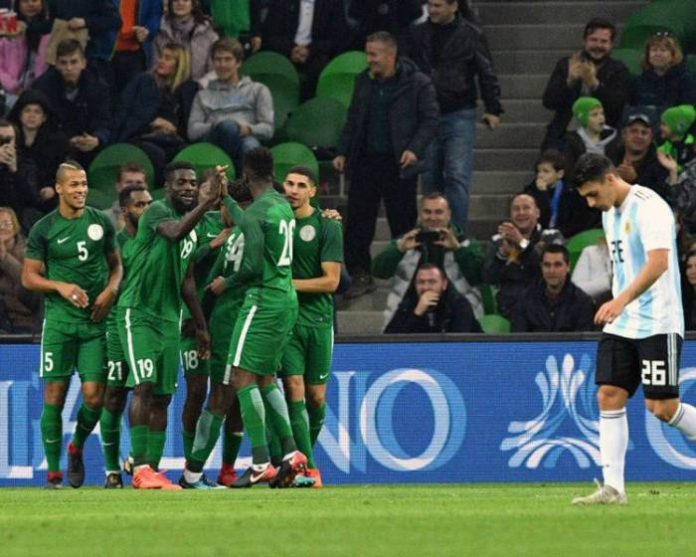 The three-time African champions will know their group foes when the draw for the competition holds at the Kremlin Palace in Moscow today, at 4pm Nigerian time, 6pm local time.

Former champions, Spain, Brazil, Argentina, and Germany are some of the teams Gernot Rohr’s men could come up against in the group stage .

Shorunmu, who was part of Nigeria squad at the 2002 edition of the global fiesta hosted by Japan and South Africa however insists the team can conquer any opposition in Russia.

“I know many people are praying that we get a favourable draw, but I believe we have a team strong enough to do well at the World Cup,” the former Shooting Stars goalkeeper said.‎

“The team showed their quality in the qualifiers and the friendly against Argentina, so I believe we are strong enough to face any opposition.

“What we should concentrate on is having a good preparation for the competition and avoid any form of distractions.”

Russia 2018: Nigeria deserves to be in the World Cup – Chris Green