Warning: Use of undefined constant ‘DISALLOW_FILE_EDIT’ - assumed '‘DISALLOW_FILE_EDIT’' (this will throw an Error in a future version of PHP) in /misc/21/188/088/960/6/user/web/naijalifemagazine.com/blog/wp-config.php on line 28
 Amaju Pinnick: Victor Osimhen will beat Diego Maradona’s Napoli records
Skip to content

Amaju Pinnick, president of the Nigerian Football Federation, says Victor Osimhen is excited about his proposed transfer to Napoli.

Pinnick made this known while speaking to Neapolitans Radio, Kiss Kiss, on Saturday.

The football administrator said the young striker is eager to make his mark in the team and already looking forward to better the records set by Argentina legend Diego Maradona.

“I think Victor Osimhen represents an excellent reinforcement for Napoli. I have been following the events of the Italian club since the time of Diego Armando Maradona. Napoli is a proud city and it is also in football. And Osimhen is a pride of African football. He is a boy disciplined but at the same time focused and focused on the objectives and if he wants something he knows how to get it.

On the choice of Napoli, Pinnick said ” He has made the right choice for his career. I already believe he will receive the right support from the environment and from the fans. Naples is the right place to reach together important results. And Osimhen will always give his best.”

”I say it now Victor will do everything possible to reach and exceed the records written by a legend like Maradona. I heard Victor a few minutes ago: he is very excited by his new experience and by the new club Naples is a big name in global football.”

Napoli are expected to pay 81 million plus a player for the former Wolfsburg striker, and the former CAF 1st vice president is confident that FIFA U-17 World Cup winner will justify the huge investment made by the club.

”Osimhen is young and will be able to stay in Naples for a long time he will play, as I said, in a great team. And its qualities justify the investment of Napoli which believes in Victor’s great potential. We are talking about a footballer who in 2016 won the World Cup in Chile. I have already wished him the best.” he concluded. 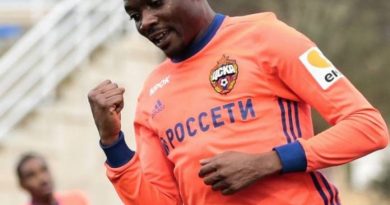 Ahmed Musa: I’m happy I’m back to my best

WWC: We can stand our own against France – Tochukwu Oluehi 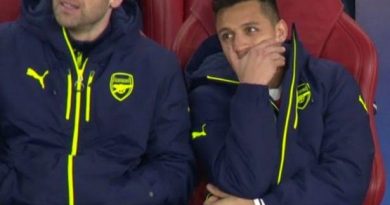 ‘Why Alexis And I Were Laughing Against Bayern Munich’- Petr Cech