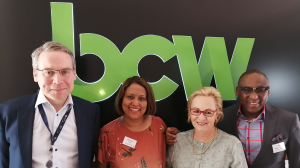 BCW (Burson Cohn & Wolfe), a leading global communications agency, is celebrating 30 years in Africa. The company’s roots date back to October 1989. Robyn de Villiers — chair and CEO of BCW Africa — and her team have consulted some of the most admired brands and contributed to the growth of the communications industry in Africa.

“I am immensely proud of our achieving this significant milestone,” says de Villiers. “It has been a successful and enormously rewarding journey made possible because of the solid partnerships we’ve formed with our colleagues, business partners, clients, suppliers, staff and friends across Africa. We couldn’t have achieved this milestone without their unwavering support.”

De Villiers has been focussed on economic development and inclusion in South Africa, as well as across Africa. She says that commitment to skills development, collaboration and growing partnerships is still the bedrock of BCW Africa’s philosophy and behaviour.

Donna Imperato, Global CEO at BCW, says, “Robyn’s visionary leadership is renowned across Africa and throughout the global communications industry. She was a first-mover in seeing the potential for Africa as a significant player in the industry and spent her career building what is today recognised as the premier network across the continent.”

“BCW Africa is a client-centric team that is deeply committed to delivering work that truly moves people while at the same time mentoring the next generation of world-class communications talent. Congratulations to Robyn and the entire BCW Africa team. We look forward to the next 30 years of success,” adds Imperato.

Harold Burson, founding chairman at BCW says, “My congratulations to one and all of my African colleagues on the 30th anniversary of the public relations network established by Robyn, whose entrepreneurial foresight I’ve admired from the time we joined forces in 2007.”

“My good wishes to each and every one of you, and my deepest appreciation for your commitment to our common cause — to provide the best possible service to our clients no matter their specific geographical location,” adds Burson.

Yomi Badejo-Okusanya, president of the African Public Relations Association, concludes, “Robyn is a pioneer. Her approach to communications across Africa has been one of leading the way, defining a path that others follow. She has contributed immensely to the growth and development of our association. She is the true definition of exemplary leadership and professionalism.”

BCW Africa has won the African Network of the Year Award in the South African PRISM Awards for the past four years. It is also the only agency to have been nominated for international Holmes Report’s African Consultancy of the Year award for 12 consecutive years and to have won it twice. 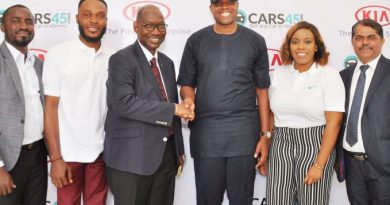 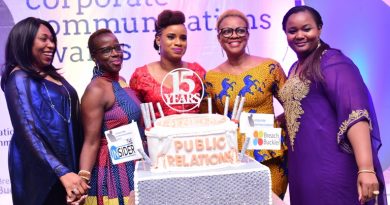 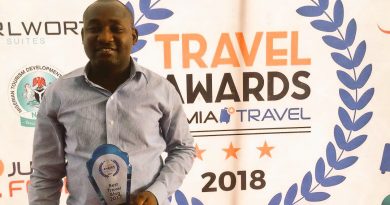