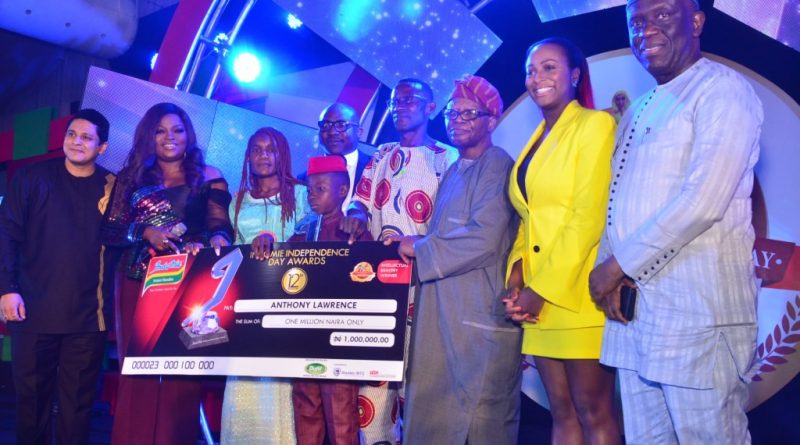 According to William Clay Ford Jr, creating a strong business and building a better world are not conflicting goals – they are both essential ingredients for long-term success. With this in mind, Dufil Prima Foods Plc, makers of Indomie Instant Noodles, in continuation of their renowned Corporate Social Responsibility (CSR) initiative for children, have unveiled and rewarded three more heroes as winners of the 2019 Indomie Independence Day Awards (IIDA).

Each awardee went home with a cash scholarship fund of one million naira courtesy of Dufil. Additional donations came in from kindhearted individuals and corporate organisations.

With the emergence of this year’s set of winners, a total of 42 winners have now been rewarded over the 12 year existence of the initiative.

The award which is in three categories: Physical, Social and Intellectual Bravery categories, saw 13 year old Yahaya Zaki from Sokoto State, who risked his life entering into a well to save a young girl who had slipped and fell inside, claiming the Physical bravery category.

The third winner, Kanyeyachukwu Tagbo-Okeke is an autistic artist who helps other autistic kids by raising awareness about autism. Kanye, a 9 year old who lives in Maitama, Abuja also won the sum of one million naira scholarship award in the social bravery category.

Limited in verbal skills, Kanye was diagnosed with autism at three and a half years but was noticed to be exceptional in art. According to the mother, they noticed that Kanye started drawing on walls and any surface he could find; he was then subsequently enrolled in an art class. He was able to communicate with his painting as his emotions are reflected in his works.

Last year, he was given the Flame of Peace International award for outstanding work in art by the Arch-Duke and Arch-Duchess of Austria in Vienna, becoming the youngest awardee ever. He was also made a fellow – the youngest one ever – of the Association, because of his outstanding work.

In an event organized by his family in April, Kanye’s artworks were given out for auctions and most of the proceeds went to other kids who are on the autism spectrum but could not afford the needed therapy. His artworks also serve to increase awareness about autism.

While giving his welcome address, the Chief Executive Officer, Tolaram Group West Africa, Mr Pawan Sharma, said the initiative was established to fill the gap that exists in celebrating and rewarding the positive efforts, strong character and achievements of many young children who have exhibited various acts of courage and heroism at one time or the other within the country.

“This event is noteworthy as it is in consonance with the core values and deep rooted belief of our company and the brand (Indomie) that in every child lies what it takes to become great”.

According to Pawan, Dufil Prima Foods would always celebrate children who serve as change agents in their respective communities and beyond. “Apart from providing these children with an enthusiastic brand, Dufil believes that children need to be empowered. And this, we are doing as a brand”.

He added that the winners indeed deserved to be celebrated for scaling the strict criteria for selection by the panel of judges who followed laid down guidelines as has been the norm since the inception of the awards.

In his keynote address, charismatic human rights advocate, Mr. Segun Awosanya (aka Segalink) in his speech titled, ‘Equipping the Nigerian child for innovation in a climate of accelerated global advancement’ expressed that “Children are the arrows in our quiver, they are the innovators, change makers, and world changers we shoot into the future to accomplish a task we many never be able to do ourselves.”

“They are the trees we plant today under which we may never sit.” He said.

On hand to felicitate with Dufil Prima Foods and the winners were Senators of the Federal Republic of Nigeria, First Ladies of States, Royal Fathers, Captains of Industries, Students and prominent Nigerian artistes. 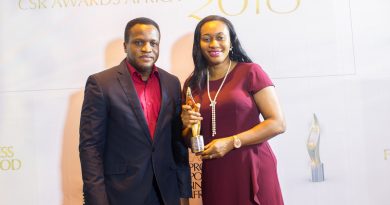 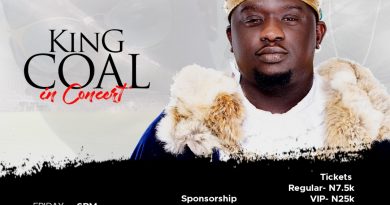 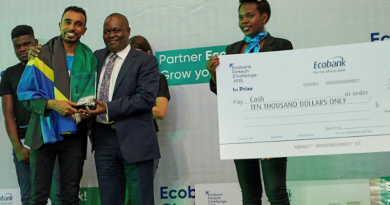