The “Dorobucci” producer was selected alongside former BBN housemates Miyonse Amosu and Uriel Oputa as the faces of the brand for the 2019 BBN show. Speaking on the engagement of the celebrities, the Group Public Relations and Events Manager, Dufil Prima Foods Plc, Tope Ashiwaju said, “We decided to collaborate with Don Jazzy, Miyonse and Uriel because of their amazing ability to relate with audiences. The Nigerian entertainment industry has remained a major sector for Nigerian youths to thrive and Indomie is delighted to showcase Indomie house drama updates & Indomie tasks to millions and in in the process, hopefully contribute to the success of many more young Nigerians.”

“They connect extremely well with their followers on social media; a quality which we recognise as vital, considering the diverse consumer base for our brand, ranging from children to the youths and adults.” Ashiwaju said.

Confirming the deal, Don Jazzy said: “Osheeee. So I hear say my shadow dey trend for Instagram. Anyway when you are a Don even your shadow go get Rep. Una WelDOn for all the correct guesses. Now to the Koko…… Drumrolls pls. As the new Indomie Big Brother Naija Ambassador, I’ll be serving you wellDON Indomie house drama updates & Indomie tasks for the Big Brother housemates.

“Pay close attention so as not to miss when I will be doing some massive giveaways as the show goes on. You know how I does this. Follow @Indomie_Nigeria page to keep up with all the pepper dem drama.”

Also on her social page, Uriel wrote, “Pleased to announce that I’m the latest BBN Brand Ambassador for Indomie noodles… If I were to be an Indomie Noodles Flavour, how would you like me served? The person with the best response wins a shopping spree and a lovely Meal prepared by me”.

How will you like your drama served? Stay tuned to Indomie Channels! 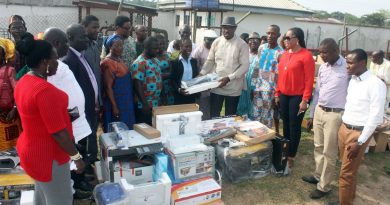