President Muhammadu Buhari says Nigeria will be guided by ‘‘national interest’’ in taking any decision on the agreement establishing the African Continental Free Trade Area (AfCFTA).

The president stated this when he received National Council of the Manufacturers Association of Nigeria (MAN) led by its president, Alhaji Mansur Ahmed, at the State House, Abuja, on Wednesday.

President Buhari expressed his readiness to receive the report of a Committee set up to assess the potential costs and impact of signing the agreement establishing the AfCFTA for Nigeria.

The Presidential Steering Committee on the AfCFTA Impact and Readiness Assessment Committee was inaugurated on October 22, 2018, with the mandate to assess the extent to which Nigeria was ready to join the agreement, and what the impact of doing so would be.

The Committee was initially given 12 weeks to conclude its assignment, after holding wide consultations with industry groups and stakeholders, including the MAN.

President Buhari told National Council of MAN that the AfCFTA was on the agenda for the upcoming AU Summit in Niamey, Niger Republic, in July.

He said: ‘‘I don’t think Nigeria has the capacity to effectively supervise and to ensure that our colleagues in AU don’t allow their countries to be used to dump goods on us to the detriment of our young industries and our capacity to utilize foreign exchange for imported goods.’’

The president also promised to look into the presentation by MAN highlighting issues of concern to the manufacturing sector.

The issues included the AfCFTA, Export Expansion Grant and other incentives, challenges with the 2019 fiscal policy measures, recent increase in NAFDAC charges, the Industrial Development (Income Tax Relief) (Amendment) Act, 2019, among others.

President Buhari: ‘‘I assure you that I know the enormity of our problems in terms of population growth rate and teeming young people.

‘‘We need to move very fast, and the government will try and encourage you as very much as possible so that the problem of unemployment and the provision of other services relative to our population and state of development can be tolerated.’’

In his remarks, the MAN president outlined some credible policies that had driven the economy forward in the first term of President Buhari.

He commended the Buhari administration for consistent efforts to sustain the growth trajectory anchored on improving the business environment in the country.

Ahmed also acknowledged the federal government’s efforts at improving the Ease of Doing Business Project, fight against corruption, focus on poverty reduction, job creation and inclusive growth as well as the launch of the Economic Recovery and Growth Plan.

He, however, noted that in spite of the significant progress recorded in the last four years, ‘‘it is clear that our economy is still fragile.

‘‘With the GDP at 2.0 per cent and below the population growth rate, the clouds are still threatening and the task of driving the economy upwards is still enormous.

‘‘But Your Excellency we are encouraged by the very strong commitment you expressed only last week in your Democracy Day address.

‘‘You did say that in your second term, your administration will do, even more, not only to continue to drive the economy on the path of sustained growth but indeed to create a more inclusive and sustainable economy.’’

NAN reports that the African Union started talks in 2015 to establish a 55-nation bloc that would be the biggest in the world by member states, in a bid to increase intra-regional trade, which sits at a measly 15 per cent of Africa’s total commerce.

The two economic giant in Africa, Nigeria and South Africa said they are consulting stakeholders before signing the agreement. 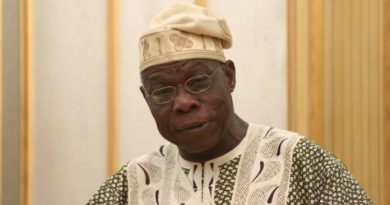 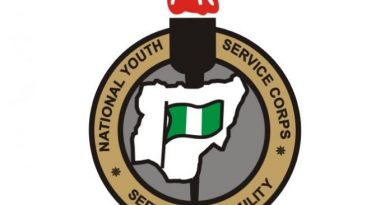 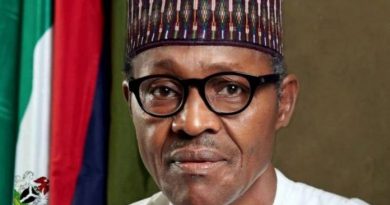 President Buhari has been fair to Igbo – Presidency