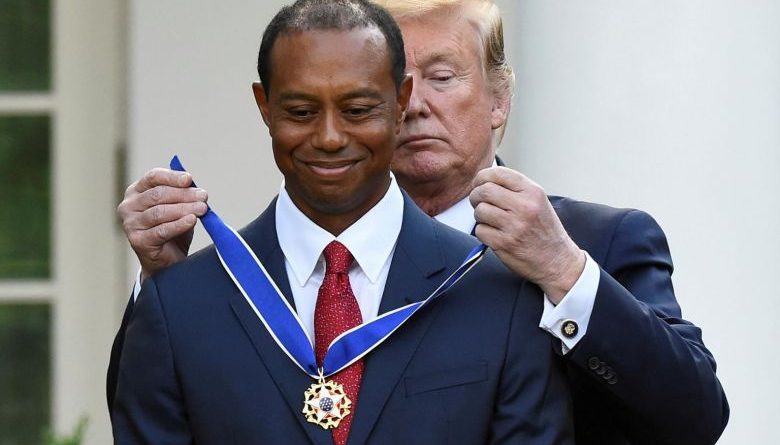 When Tiger Woods won the Masters on April 14, lettle did he know that the Presidential Medal of Freedom will be awarded to him.  United States President, Donald Trump upon Wood’s heroic performance pledged to bestow the nation’s highest civilian honour on the golfer and on Monday, he fulfilled that during a ceremony in the White House Rose Garden. Wood becomes the fourth, and youngest, professional golfer to receive the award, after Arnold Palmer, Jack Nicklaus and Charlie Sifford.

With 81 PGA Tour victories, Woods is one shy of Sam Snead’s all-time record, and with 15 major tournament victories, he trails only Nicklaus, who has 18.

“He’s a great guy,” said Trump. “He introduced countless new people to the sport of golf, from every background and walk of life. … Tiger Woods is a global symbol of American excellence, devotion and drive.”

Woods, wearing a blue suit (not the Masters green jacket) was joined at the ceremony by his mother, Kultida, his two children, Sam and Charlie, his girlfriend, Erica Herman, and his caddie, Joe LaCava.

“You’ve seen the good and the bad the highs and the lows, and I wouldn’t be here without your help,” Woods said. 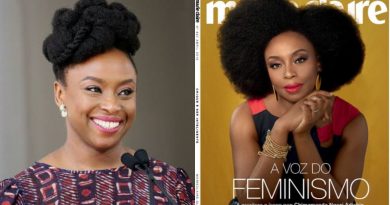 Jean-Michel Basquiat Painting Sold For $110.5m – Story Behind The Artist NPFL-LaLiga U-15 tournament set to kick off across Benin, Lagos, Abuja, Kaduna and Enugu