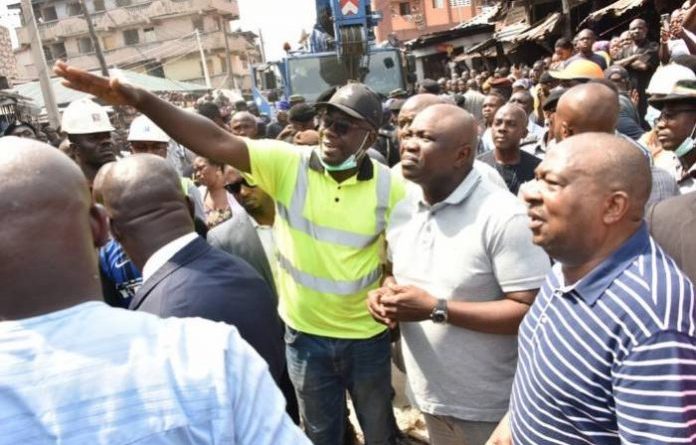 Akinwunmi Ambode, Lagos State Governor, on Wednesday ordered a full scale investigation into the collapse of a three-storey building in Ita Faaji area of Lagos Island. 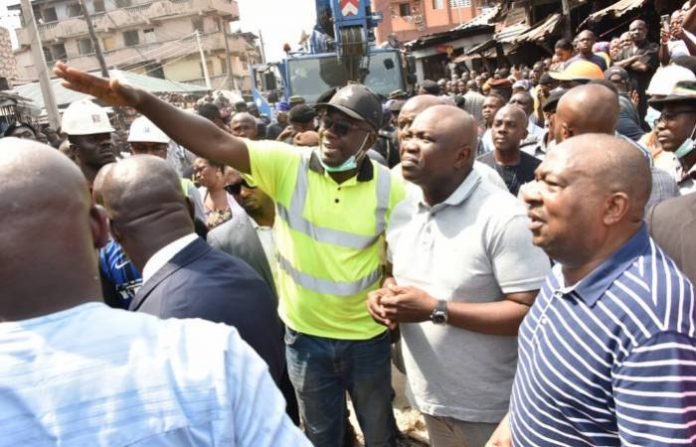 The three-storey residential building, located at No 14, Massey Street, Opposite Oja, Ita-Faaji, housing a primary school on its pent house, caved in at about 10am on Wednesday morning trapping scores of pupils of the school in the process.

Governor Ambode, who got to the scene of the incident at about 2:42pm, said a full scale investigation would be carried out immediately rescue operations are concluded, vowing that those found culpable would be severely dealt with in accordance with the relevant laws.

“This is unfortunate but we will investigate what has happened and also see the punishment for whoever are the culprits. That is the secondary level but the most important thing right now is to save lives and I just appeal to people that they should give us the chance to save more lives,” he said.

“I want to commiserate with the families of those that lost their lives in this collapsed building. I want to quickly let Lagosians know that this is quite an unfortunate incident. All we are trying to do is to scale up this rescue operation. Our response units are already here; we are getting additional cranes to be able to go deeper than where we are now to rescue more lives.

Meanwhile, Babajide Sanwo-Olu, Lagos State governor-elect, has commiserated with the families of the victims of the collapsed building.

Sanwo-Olu expressed his sympathy to the victims’ families in a statement by his media office, describing the incident as “one tragedy too many”.

He also hailed the Lagos State government for responding swiftly to the distress by deploying the emergency agency of the state for immediate rescue operation.

The statement reads: “My deep condolences go to the families of the children who lost their lives in the unfortunate building collapse that happened at Ita Faji in Lagos Island today. This is one tragedy too many, given that most of the victims are school children. I urge people to cooperate with officials working on rescue efforts. My prayers are with the affected families and the school management.

“While emergency workers are making frantic efforts to clear the rubbles and rescue more victims, I urge residents to join hands with the government in any way possible to reduce fatalities and lessen attendant trauma of the incident. I am in support of the action being taken by the government and I urge every resident to show spirit of compassion inherent in our community.” 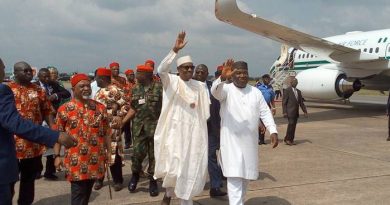 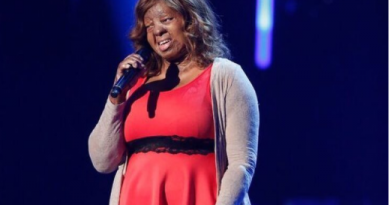 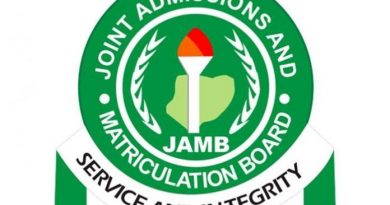