Singer, rapper and fashion designer, Modupe-Oreoluwa Oyeyemi, aka Mo’Cheddah, 28, has revealed how she battled depression due to the hostility and hate she experienced in the music industry.

Mo’Cheddah who spoke with DANG Network also gave further details on why she abruptly left the music industry, her suicide battles.

News Agency of Nigeria (NAN) reports that Mo’Cheddah broke into the music scene at 16 years with a feature on ‘Won Beri’ and had to take a break from the industry in 2015.

“I was coming from a naive, God-fearing family and I went into the world of adults and I was thrown into a jungle and people did not care if I was 16, they attacked me.

“The industry was hostile. I would be performing and they would turn off my microphone because the A-list artist doesn’t like me.

“There was one day I looked at my Mum and told her ‘you taught me everything about love but you did not teach me to hate’.

“I don’t know why she did not, but the truth is there is hate in the world, so I went into the industry thinking everybody loved everybody. I didn’t understand that hate,” Mo’Cheddah said.

Mo’Cheddah also stated that she did not fully understood why people did not want to hear her side of the story when she left Knighthouse records.

The “Ko Ma Roll” crooner left the record label in Feb. 2012 due to irreconcilable differences and founded her own label, Mo’Cheddah music afterwards.

However, she could not release her second album, which was due in 2016, amidst the controversies that had trailed her career for a long time.

Speaking on the issues, she said, “The day I won the Channel O award, that was around when Twitter came out and people I knew started dragging me online.

“People started asking why I won the award, people starting questioning me and carrying stories around me.

“What broke me was that when I left my label. People chose to pick sides and obviously it wasn’t mine.

“I felt as if I had failed, especially because I had thought that business will pick up. They had so much hate for me.

“They started bad-mouthing me to people, to companies, to producers, so I was kind of blacklisted.

“They wanted to do everything in their power to ruin me and I felt God forsook me, sadness consumed me,” Mo’Cheddah said.

She further revealed that it was at that point that she became very depressed and contemplated suicide.

Mo’Cheddah said, “I googled ‘there is this darkness inside me’ and I saw a lot of people had it, they were talking about depression.

“The only reason I did not kill myself, first, I didn’t know how I will kill myself. I thought about it so many times.

“I thought of drowning myself in third Mainland bridge, at times I wanted it to be quick, so I will be praying that God should just kill me.

“All I had to do was understand that as long as I was at peace with this person, every other thing will be OK. I live to be happy,” she said. 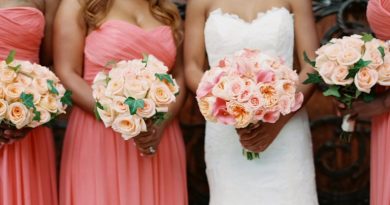 She Has Been A Bridesmaid More Than 27 Times! She Shares The Drama, Chaos And Insults She Has Experienced Behind The Scenes 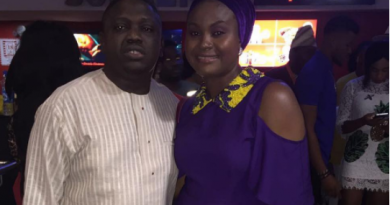 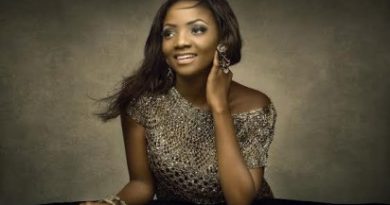