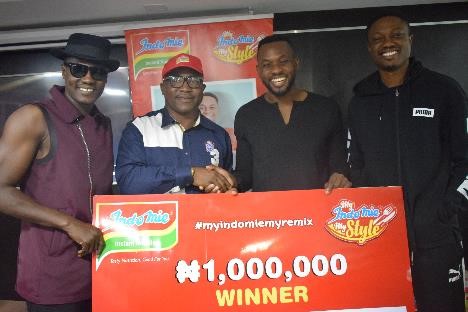 Nigeria’s number one noodles brand, Indomie has rewarded online sensation, David B-Online, from Lagos as winner of the N1 million grand prize from the final stage of “My Indomie My Remix” Video Contest that saw ace musicians: Sound Sultan and Vector the Viper as judges for the final round. 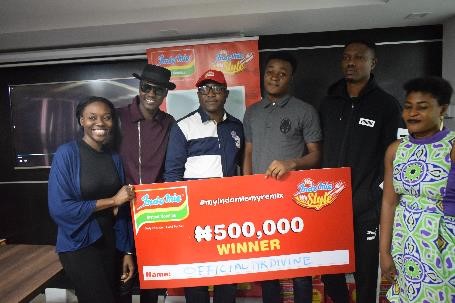 The promo, which started barely a month ago, only required consumers to create their own original and creative version of the #MyIndomieMyStyle theme song while cleverly infusing one or more packs of any of the Indomie flavours. They had to then upload on social media with either the hashtag #MyIndomieMyRemix or #MyIndomieMyStyle and get followers to like, comment and share the video link.

Speaking at the prize presentation ceremony at the company’s head office in Lagos, the Group Public Relations and Event Manager, Mr. Ashiwaju Temitope, said, “We are celebrating creativity and rewarding originality. As a brand we are constantly searching for creative ways of expression and more exciting ways to reach out to our consumers.”

He also stated that the Indomie brand was committed to “putting its customers first, because Indomie consumers aren’t just ordinary consumers, but brand ambassadors, and they should be treated as such”.

Mr Ashiwaju restated the company’s commitment to continue to reward and give back to its loyal consumers.

This competition comes after the launch of the “My Indomie My Style” campaign and the endorsement of ex Big Brother Naija Housemate, Chef Miyonse as brand ambassador.

The grand prize winner expressed his appreciation to Indomie, saying that the brand has made him the happiest man on earth and that the prize of N1 million will go a long way in his future endeavours. 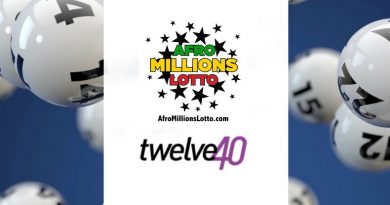 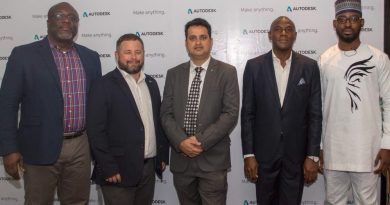 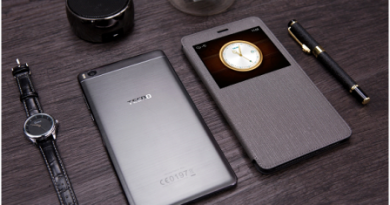