Mr Real, “Legbegbe” crooner has revealed in a recent interview with Saturday Beats his journey to stardom and how he stood his grounds against all odds to make a good life from music.

The singer who became a street sensation after his song “Legbegbe” became a hit disclosed that his family members including his father were of the opinion that music is a waste of time for him prior to his breakthrough.

“I have been doing music for over 10 years now. But you know in life when it is not your time, there is nothing you can do about it. All this while, I have been working and waiting on God for a breakthrough. Once God says it is your time to shine, no man on earth can stop you from shining. Before my song, ‘Legbegbe,’ I was only doing free shows. But it is a different story now.

“There was no time I thought of leaving music despite the pressure I was getting from my family members then. For me, music is part of my existence as a human and there is nothing else I can do better than music. When I was not making money from music and things looked stagnant, my father wanted me to try other things. It was a serious issue at home.

I cannot blame my father because he wanted the best for me; I am his first child. But I insisted that it was music or nothing. It was not easy to stay focused as I got frustrated by my family members. At a time, I stopped visiting family members because they were always advising me to find something better. To them, I was wasting my time and it was high time I tried other things. I felt it was better I stop visiting because I didn’t want to leave music.”

Meanwhile, Mr Real who lost his father last year expressed his regrets at the fact that his father did not live to witness his career success. According to him, his father’s death is the biggest regrets of his life.

“My father is no more; he died last year. I feel bad that he is not alive to see my growth in the music industry, but I am certain he would be happy for me. My mother died years ago too. But I have six younger siblings to look after.

Though my parents are dead, other family members, who wanted me to quit music, can at least see that my consistency has finally paid off. Once you believe in yourself, the sky is your limit and nothing can stop you,” he said. 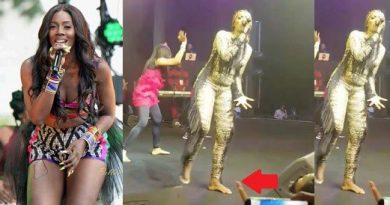 Despite backlash, Tiwa Savage performs again without her shoes 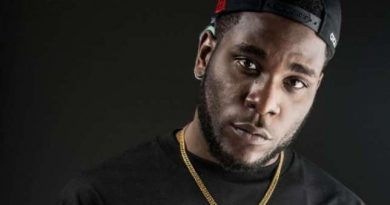