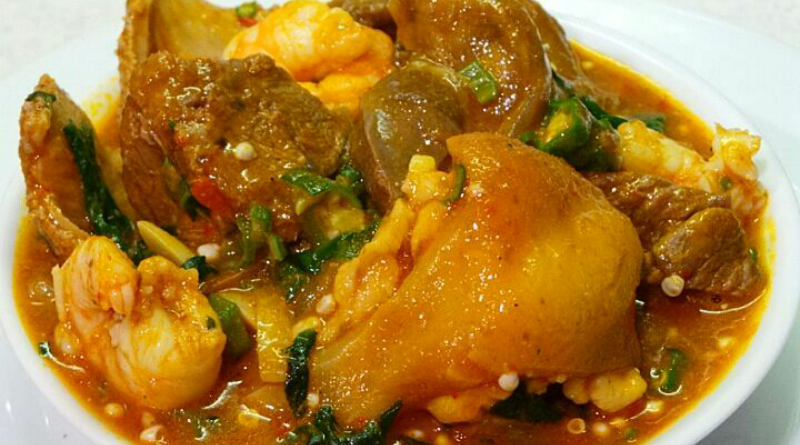 Did You Know, Tips, Tricks and More Food and Recipe
May 18, 2018May 18, 2018 Amaka Chimezie 0 Comments ogbono soup
Ogbono contains some properties that can make one lose weight. Most of the weight control pills in the market today contain these properties.
As awareness grows on the effect of obesity, proper nutrition is becoming a priority in most kitchens. Eating generally is almost becoming a forbidden act in obese individual.
Who says we cannot stay healthy while enjoying tasting delicacy pots of stew made of the finest ogbono nut and still prevent the accumulation of fat.

Ogbono is actually good for health, and weight loss, but when used to make soup, what determines the calorie content is actually the additives in the soup, your PALM OIL and all that.

However, today, we are not talking about the amount of calories in Ogbono soup, Rather, we are going to talk about the medicinal/herbal value of Ogbono Seed. You would be shocked that our very own Ogbono seed is now being sold abroad, as a drug for weight loss 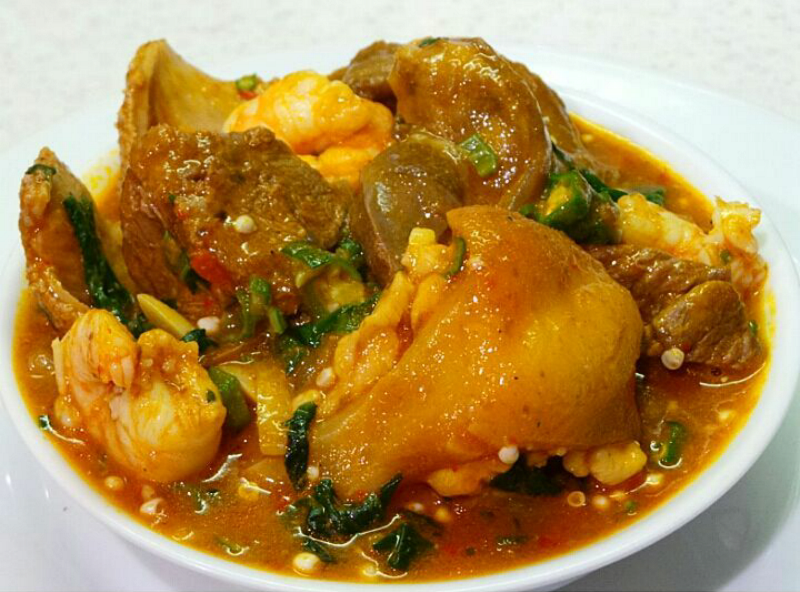 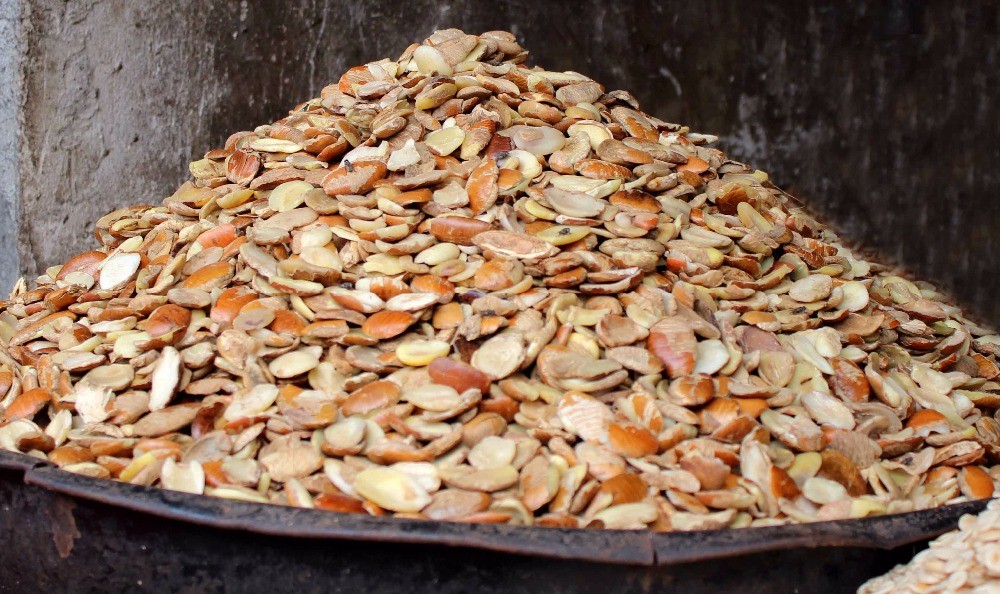 Ogbono soup is a Nigerian dish made with ground ogbono seeds, with considerable local variation. Besides the seeds, water, and oil, it typically contains leaf vegetables, other vegetables, seasonings, and meat.
Ogbono nut is also known as African mango, wild mango bush mango, dika fruit, bread tree, and irvingia gabonesisis. It is valued for its nutritious, mango-like fruit and for its seeds, which are called ogbono or dika nuts. Irvingia nuts are high in fiber and mucilage, which makes them an effective thickening agent when used in dried form. This property probably also accounts for some of irvingia’s advertised health benefits.
Research has proved that when sufficient amounts of irvingia seed extract are ingested, they bind bile acids in the gut, which encourages the body to convert more cholesterol to bile acids. This helps to lower total serum cholesterol levels. Ostensibly, regular consumption of irvingia seed extract not only lowers total cholesterol; it lowers LDL cholesterol and triglyceride levels and raises HDL levels as well.
In this respect, irvingia resembles many other soluble dietary fibers. Every individual has the presence of leptin hormone. It is a hormone that tells the brain when the stomach is full – but obese individuals usually exhibit a resistance to leptin’s appetite-suppressing effects, that is it suppresses hunger. This may be in part to high circulating levels of C- reactive protein (CRP) in obese persons; CRP binds to leptin, rendering it less effective. Irvingia appears to lower CRP.
Thereby enhancing the activity of circulating leptin. Irvingia seed extract can also control blood sugar level. A person’s serum glucose level typically rises following a meal as nutrients from the meal are absorbed. Irvingia’s “bulking” effect slows gastric emptying, thus inhibiting the rise of glucose. This property might prove beneficial for individuals with conditions where glucose metabolism is perturbed diabetics or hypoglycemics.
Irvingia’s proponents claim that it raises serum adiponectin activity. Adiponectin is a hormone that increases the cells’ sensitivity to insulin and improves glucose and fat metabolism.
Many obese individuals have low levels of adiponectin, and increasing those levels is purported to improve insulin sensitivity and hasten weight loss. Irvingia supposedly up-regulates peroxisome proliferator-activited receptor; PPAR gamma’s activity and improves glucose and fat metabolism.

The scientific name of Ogbono seed is Irvingia gabonensis. They have converted it to powder form and put into capsules, and it is being sold as a weight loss drug!!! A bottle of about 120 capsules is sold for fifty dollars or thereabout.

Now how does Ogbono seed work for Weight Loss?

Ogbono seed is said to promote weight loss in various ways. One of the methods by which it does so is via inhibition of the enzyme called amylase. Amylase is responsible for absorption of sugar in the body. By decreasing the level of amylase, less sugar is absorbed by the body.

The second method by wich it does this is to increase the level of a hormone known as adiponectin.

Ogbono helps weight loss by also increasing the levels of leptin in the body, a hormone that reduces the apetite!

Lastly, Ogbono helps weight loss by inhibiting an enzyme called glycerol-3-phosphate dehydrogenase, and by doing this, it reduces the amount of blood sugar converted to fat.

Who would have ever guessed that our Ogbono Seed would ever become a weight loss supplement?

Some benefits of ogbono include;

Edible Purposes
Irvingia gabonensis fruit can be eaten as fresh fruit. The sweet pulp can be juiced or used for making smoothie, jelly, jam and wine. The seeds can be pressed for vegetable oil or margarine. The dried ogbono seeds can be ground and used for preparing ogbono soup, stew, Gabon chocolate and dika bread.

Weight Management
Studies on African mango reveals that it suppresses hunger and as such very essential for people that want to minimise their food intake. Reduction of food and caloric intakes help to maintain a healthy weight. Ngondi et al., (2005) evaluated the efficacy of Irvingia gabonensis seeds in the obesity management.

Analgesic Properties
Okolo et al., (1995) screened the water and ethanol extracts of the powdered stem bark to ascertain the analgesic effects of this fruit. The results were further compared with standard analgesic drugs. The study suggests that the water extract has analgesic effects similar to a narcotic analgesic.

The ethanol extract might contain compounds that behave similarly like non-narcotic analgesic agents. The results of this study are the first pharmacological basis that supports the traditional use of Irvingia gabonensis as a pain remedy. The bark can be boiled and used for relieving tooth pain

Construction Purposes
The wood can be used as timber for construction purposes such as paving blocks, railway ties, canoes, ship decking, pestles, mortars, boards and planks.

Antibacterial and Antifungal Properties
Kuete et al., (2007) support that the methanolic extract of Irvingia gabonensis can be used for treating bacterial and fungal infections.

Dye Production
The fruit pulp can be used for producing black dye for dyeing cloths. Both the roots and barks also contain tannin, which is suitable for dyeing.

Cosmetics Production
Pressed ogbono oil can be used for making cosmetics and soap. The bark can be used for treating scabby skin. The powdered kernels can be applied on the skin as a cosmetic to make the skin less oily.

Livestock Fodder Purposes
The fruits and seeds can serve as fodders fed to farmland livestock such as goat, sheep, cow, cattle etc.

Offers Shades
The tree offers shade to other growing crops such as maize, cocoa, yam and coffee.

Erosion Control
The trees can be planted for preventing and controlling erosion.

Ornamental Purposes
The trees can be planted for ornamental and beautification purposes.

Prevents Constipation
Being a rich source of dietary fibre, ugiri fruit can be eaten to improve bowel functioning and for preventing constipation.

Dental Care
The stems of the tree can be used as chewing sticks for cleaning teeth. 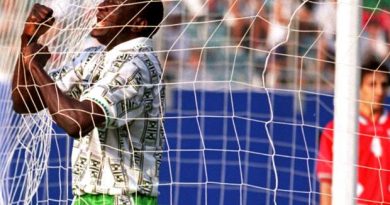 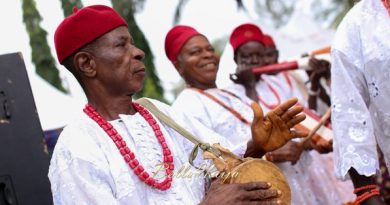 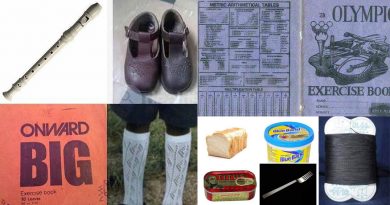 14 Nigerian Photo Illustrations That You can most definitely relate to