Shareholders of PZ Cussons Nigeria have been put on alert following a profit warning issued on Thursday. In a press release, the company remarked that it expected profit for the “full year to fall short of expectations, hurt by weakness in the UK and Nigeria.”

The company revealed this information ahead of the release of the group’s annual report for the period ended May 2018. It said it expects profits to be in the range of 80 million pounds (N40 billion ) to 85 million pounds. In comparison, it reported a pretax profit, excluding items, of 88 million pounds in the year ended May 31.

PZ Cussons blamed some of the reasons for the poor performance expected from its Nigerian entity on the trio of rising inflation, increased competition, and its Milk division.

The personal goods manufacturer, behind brand such as Carex, says ‘significant cost inflation’ in Nigeria kept discretionary income under pressure. This subdued milk sales in the country, hitting prices and margins.

Following the significant cost inflation of recent years, the Nigerian consumer’s discretionary income remains under pressure with subdued buying levels. As a result the usual peak season uplift has not occurred to the expected level. Consequently inventory levels in the trade remain high leading to intense competition, most noticeably in the milk category, which in return is resulting in lower volumes, prices and margins – PZ

PZ Nigeria’s milk division includes its flagship Nunu Milk which has been stifled by competition by more mainstream brands such as Peak, Cowbell, Hollandia and even Oldenburger. Nunu was introduced to the Nigerian Market in 2005. PZ also sells a Yoghurt product “Yo” which is also another very competitive market. PZ does not disclose separate numbers for its Food Division which it classifies under the Branded Consumer Goods Segment.

PZ Nigeria reported a profit after tax of N589 million for the second quarter ended November 30, 2018, compared to a loss of N289 million in the same period in 2016. Last year, PZ Nigeria reported a full-year profit of N3.3 billion and revenue of N79.6 billion. The company achieved a profit margin of 4.3% in 2016 up from under 2% in 2015. Profit margin had averaged 6% in the three years preceding the recession that hit Nigeria. The company’s return on equity was less than 10% in 2016.

The company’s share price was flat at N23 on Thursday trading at a price-earnings multiple of 21.79. It has also returned 68% in the last one year. PZ traded for as low as N11 in February 2018.

In light of these pressures, the Group has initiated the following actions:

We believe that the initiatives outlined above will strengthen the Group’s brand portfolio to better withstand the subdued levels of consumer confidence and higher levels of competitive intensity which are being faced in most of the markets in which it operates.

The Group’s balance sheet remains strong with net debt around 1.5 x EBITDA. A further trading update will be made on 14 June 2018 after the close of the financial year. 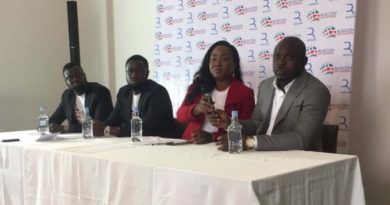 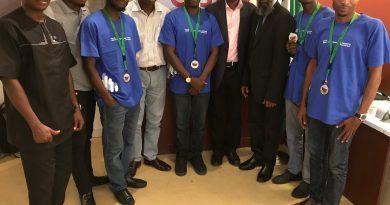 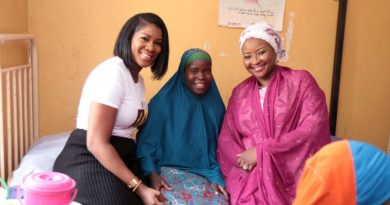