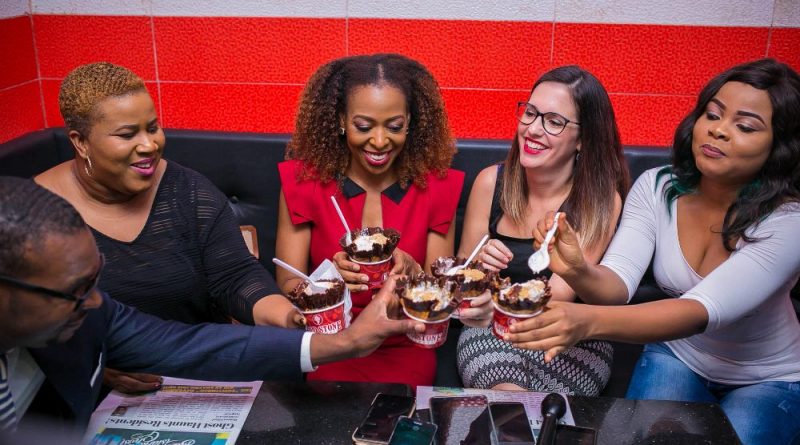 Just as the most anticipated movie of 2017, Banana Island Ghost (B.I.G), hits cinemas across Nigeria Friday, August 4, to celebrate the opening of the movie, Cold Stone Creamery Nigeria has introduced a new ice cream flavour named after the movie. 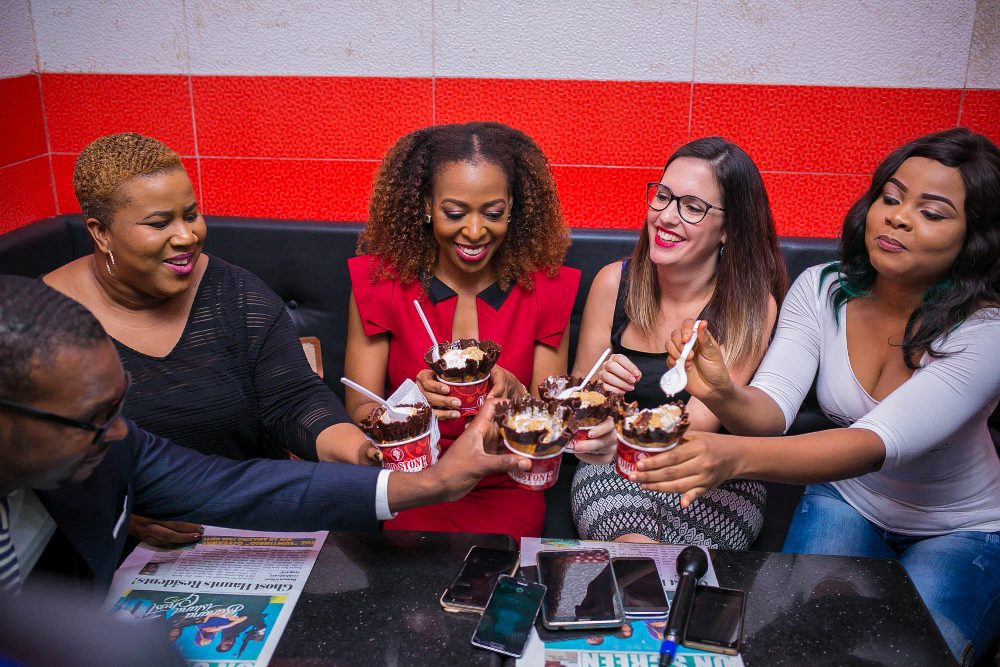 Named, the ‘Banana Island Ghost flavour’, the ice cream is a fine mixture and carefully blended ingredients of sweet banana and spicy from a touch of cinnamon, and to make it a scrumptious delight, the ice cream is wrapped with Graham Pie Crust.

The ice cream flavour and the film was introduced to hundreds of customers at a mini ice-cream party at the Cold Stone Creamery outlet in Ikeja City Mall on Friday.

Guests at the party had the opportunity to enjoy the tasty new flavour and hangout with stars from the movie including the lead cast, Chioma ‘Chigul’ Omeruah, Patrick Diabuah, Akah Nnani, Makida Moka and the Executive Producer of the movie, Biola Alabi.

“Cold Stone creamery is all about creating a delightful experience for our customers. Our stores are entertainment centers, which is exactly what the movie ‘Banana Island Ghost’ guarantees to deliver as an entertaining cinematic experience from start to finish. We are very excited about this partnership and know that this new flavour will be an instant favourite on our menu,” said Amalia Sebakunzi, Marketing Director, Cold Stone Creamery Nigeria.

In her comment, Biola Alabi, CEO, BAM Media and executive producer of Banana Island Ghost said; “This partnership was a no brainer, Cold Stone Creamery has distinguished itself by creating unique and entertaining experiences for their customers, as soon as you walk into any of their stores they put on a show for you. This is exactly what Banana Island Ghost, the movie does. We give you a show from the minute you step into the cinema.”

Banana Island Ghost is an action-comedy film starring the multi-talented ‘Chigul’ (Ijeoma), who is paired with Patrick Diabuah (Ghost).

Ijeoma has three days to fall in love and has to do everything to save her father’s house in Banana Island from the bank coming to reclaim it in the next three days.

The movie has opened in all cinemas across Nigeria. 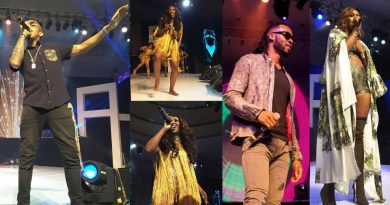 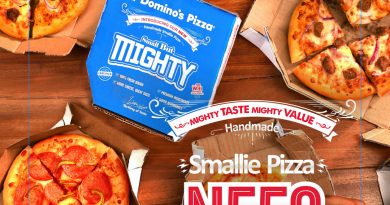 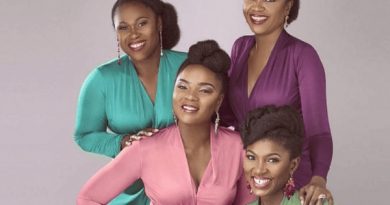