In a bid to ensure a successful hosting of this year’s Access Bank Lagos City Marathon scheduled to take place on Saturday, 11th February, 2017, the Lagos State Ministry of Transportation and its Traffic Management Agencies have intimated Lagosians of traffic diversion and affected routes during the second edition of the race. Speaking at press briefing on Wednesday, the Acting Commissioner for Transportation, Prince Anofi Olanrewaju Elegushi said the event, scheduled to kick off at the National Stadium, Surulere and terminate at Eko Atlantic City, Victoria Island, between 6am and 2pm has necessitated the diversion of traffic on the following routes:

Motorists from Masha inward journey Stadium shall be diverted to Shitta Roundabout for onward movement through Falolu and Adeniran Ogunsanya Roads to their various destinations.

From Alaka Estate, motorists shall be diverted through Iponri or Iponri Estate.

Motorists from Apapa/Orile – Iganmu to Funsho Williams shall be diverted through Apapa Road to continue their journey.

On Ikorodu Road while movement is allowed in both directions between Anthony (i.e by Theodolite Junction) and Ojota beyond Anthony, traffic shall be restricted to inward journey Fadeyi, Ojuelegba and Stadium. No U-Turn shall be allowed between Anthony through the Interchange and Jibowu on Ikorodu Road as well as between Ojuelegba and Stadium on Funsho Williams Avenue. (Note: Traffic restriction from Stadium inward journey Anthony to give the marathoners free passage).

From Old Toll Gate to Alapere, Ogudu, motorists shall be diverted through Gbagada, Oworonshoki – Oshodi – Apapa Expressway and navigate their journey to destinations.

From Ajah to Ozumba Mbadiwe Road through Lekki, traffic shall be diverted through Admiralty Way, Lekki Phase I.

Motorists shall be diverted through Alexandra Road from Cable Bridge while Bourdillion Road will be temporarily closed to traffic.

From Bonny Camp to Ozumba Mbadiwe Road, traffic shall be diverted through Old Mr. Biggs Junction to Kofo Abayomi Street.

Elegushi charged motorists, commuters and Lagosians plying the affected routes to be patient enough and obey Traffic Management Officials who will be deployed to the various identified routes to manage traffic.

The Acting Commissioner, however, assured Lagosians that the affected routes would be open as soon the last marathoner leaves each point to ensure that traffic is not held up more than necessary, while advising motorists to tune-in to Lagos Traffic Radio for further information concerning traffic on that day.

In his remarks, the General Manager, Lagos State Traffic Management Authority (LASTMA), Mr. Olawale Musa disclosed that over three hundred (300) LASTMA officials have been deployed to manage traffic during the event.

The Senior Special Assistant to the Governor on Sports, Mr. Anthony Adeyinka Adeboye also revealed that maximum security has been put in place through the support of the Lagos State Commissioner for Police to ensure motorists go about their plans and programmes unhindered. 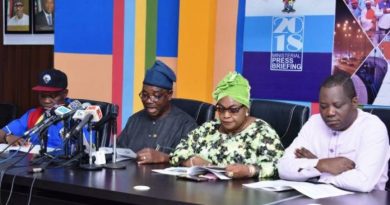 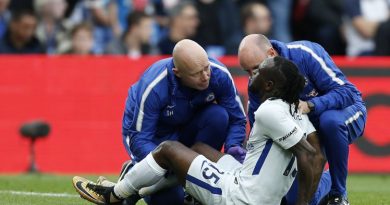